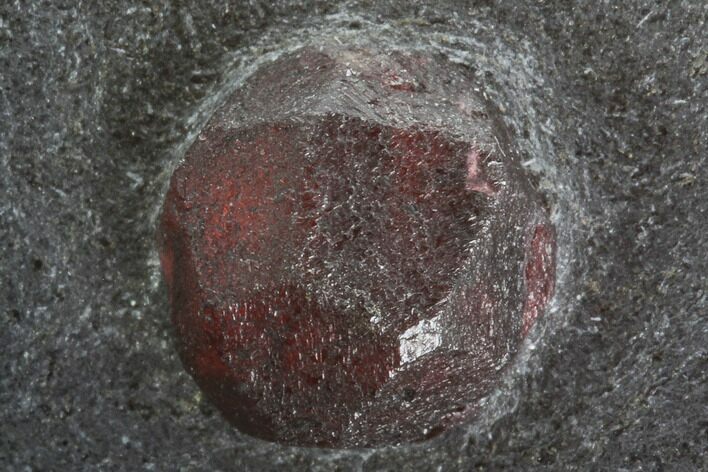 This is an almandine garnet that's in a 2.8" wide graphite matrix from the Red Embers Mine near Erving, Massachusetts. The graphite matrix has been worked to expose most of the garnet from each side, allowing light to pass through.

Note: The first photo show's the garnet backlit from behind the rock so that it glows. 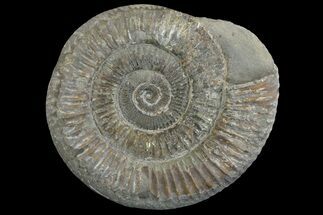