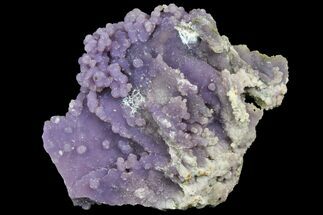 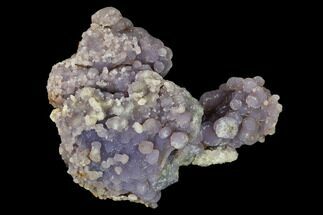 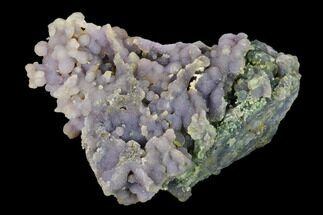 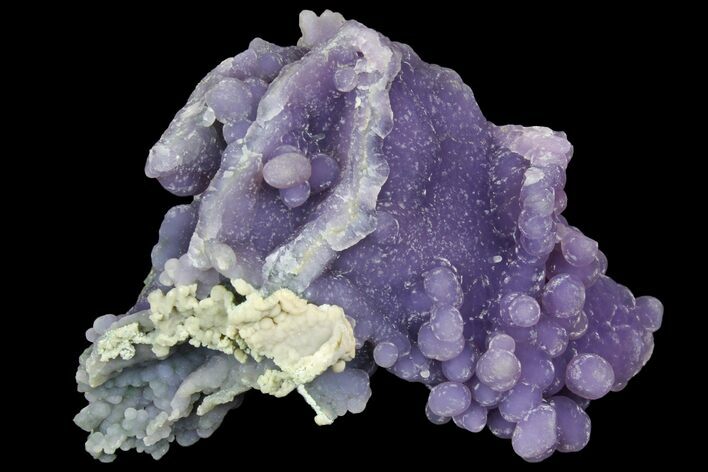 This is a 2.85" wide sparkly, purple grape agate cluster from Sulawesi, Indonesia. It has micro-druzy quartz crystals on top of portions of the grape agate causing it to glimmer.

Grape agate is the name given to a purple, botryoidal form of Chalcedony found in the Batu Manakarra mining district on the Sulawesi Island of Indonesia. It forms in clusters that often resemble bunches of small grapes, and colors can range from pale to deep purple to green. Some specimens can be quite sparkly due to minute quartz crystal growing on the spheres. Grape Agate is a relatively new material on the market, first being exported from Indonesia around 2015.
SOLD
DETAILS
SPECIES
Quartz var. Chalcedony
LOCATION
Batu Manakarra Mining District, Sulawesi, Indonesia
SIZE
2.85 x 2.6 x 1.44"
CATEGORY
Grape Agate
ITEM
#146763
SHIPPING
Shipping & Return Policy info. 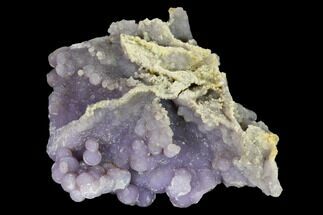 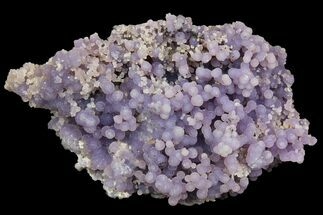 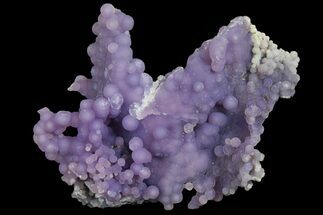 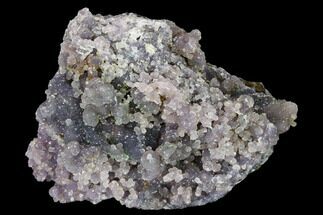 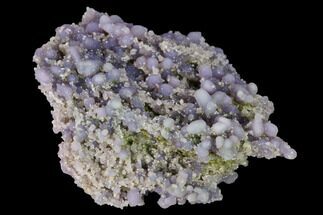 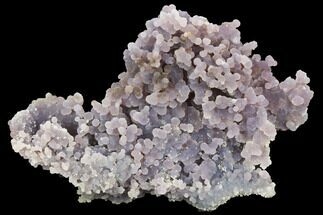 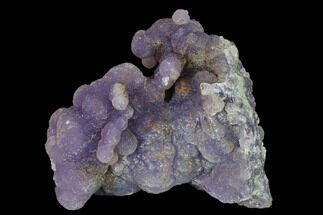