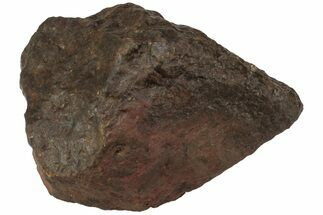 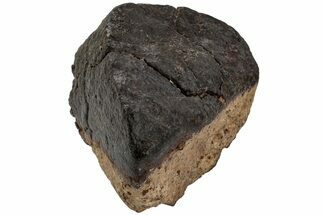 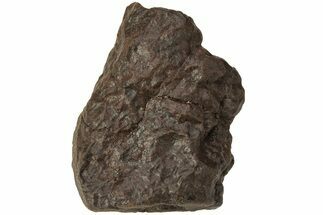 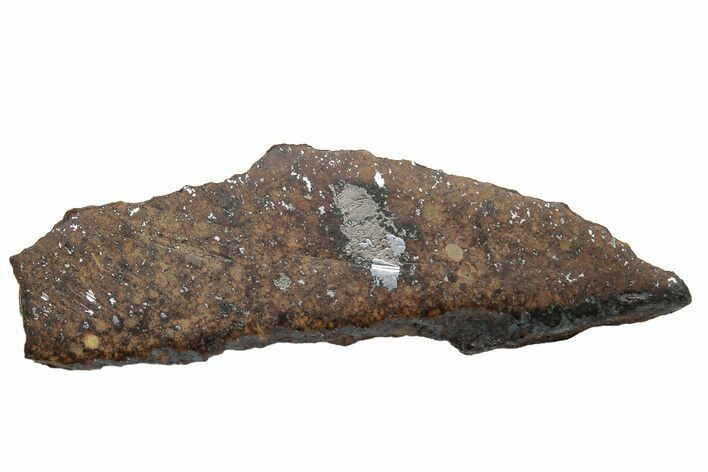 This is a real treat: a 2" wide (14 gram) stony (chondrite) meteorite from a large strewn field in the western Sahara Desert of Morocco. We believe this would probably be classified as a L3 chondrite based on most of the material found in the area. L type ordinary chondrites are the most common and therefore most affordable meteorites; allowing you to own a chunk of "space rock" at a reasonable price. This piece has been cut flat and polished on one side revealing the inner metallic inclusions. 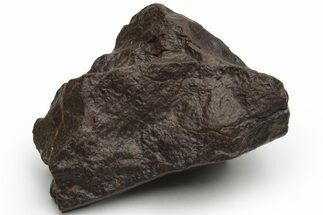 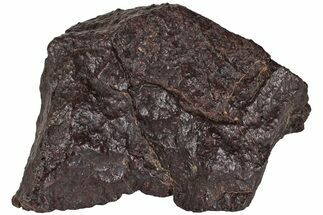 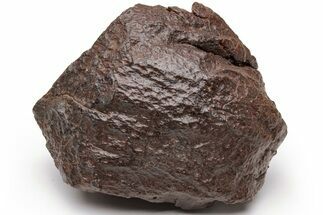 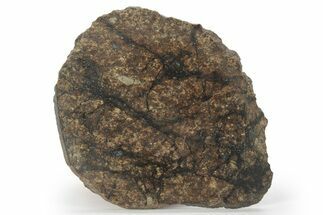 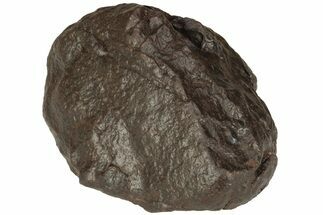 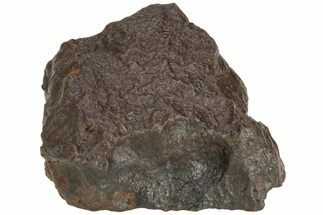 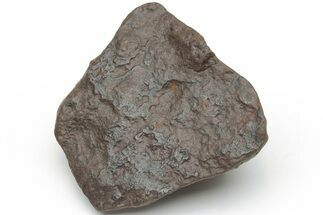 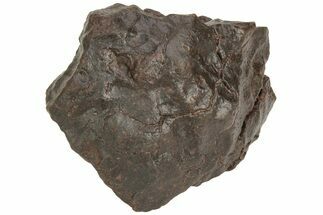 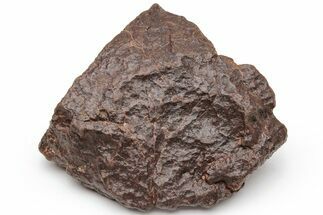