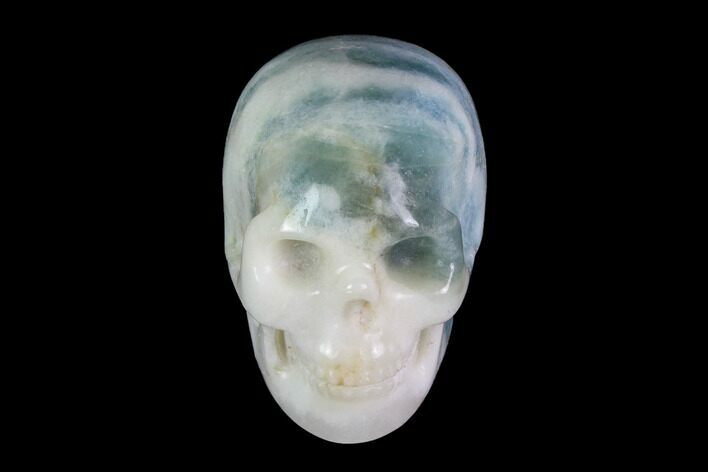 This is a 2" long specimen of white and green jade that has been meticulously polished and sculpted into a skull. The detailing is quite intricate and symmetrical.

Jade is a silicate mineral that is best known for its green varieties, the most common of which are jadeite and nephrite. Jadeite is a variety of jade that's primarily composed of silicon, calcium and magnesium while nephrite contains silicon, sodium and aluminum. For thousands of years, jade has been used for ornamental purposes and as tools due to its relative strength and durability.