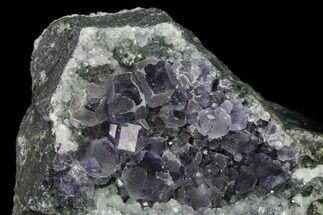 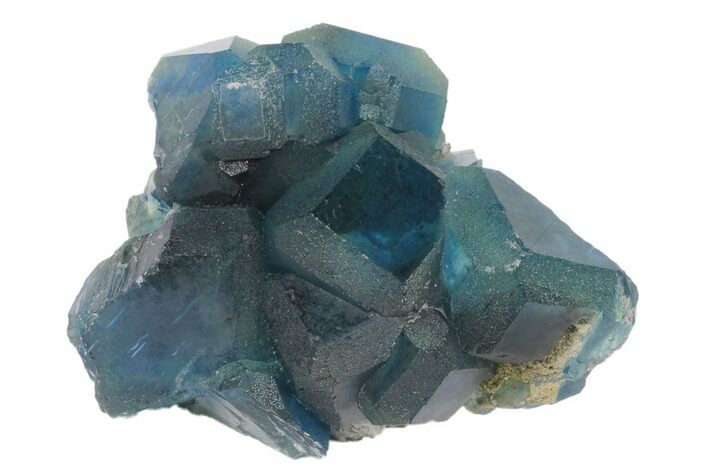 This is a stunning, 3.1" wide cluster of fluorite crystals that formed on a bed of druzy quartz crystals. This specimen was collected from the Green Fluorite Mine located in the Hunan Province of China. The crystals exhibit a wonderful mix of blue and green coloration. 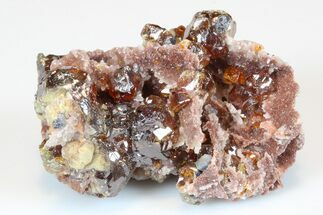 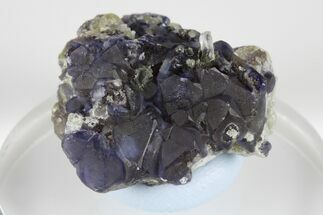 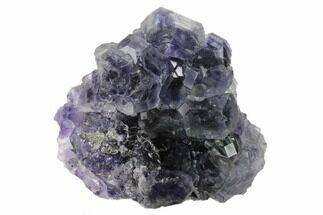 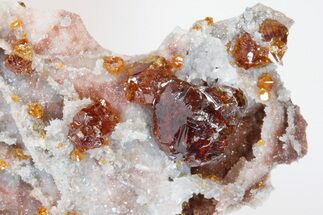