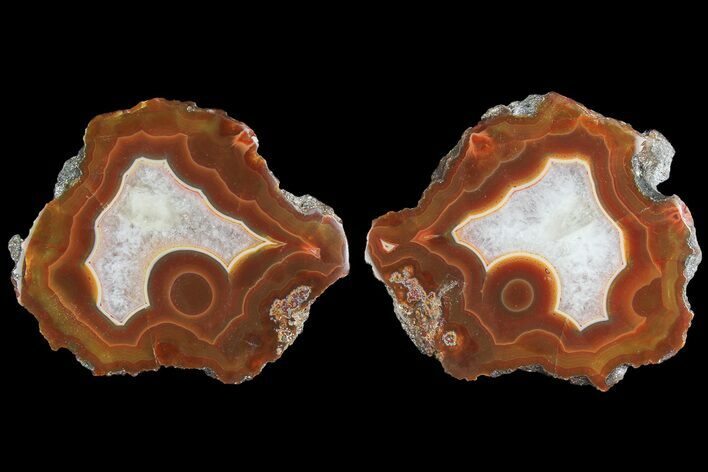 This is a polished agate nodule that was collected from the Khenifra Province of Morocco. This agate nodule features bands of red, orange and white agate, and measures 3.1" wide. Both halves of this agate nodule are included with your purchase, along with two acrylic display stands. 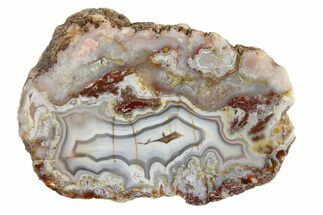