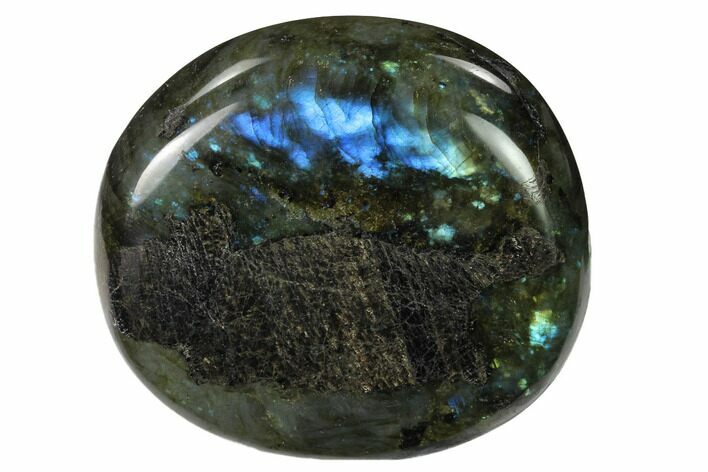 This is a 3" wide, flashy labradorite palm stone that has been completely polished to a mirror finish. The brilliant blue/green colors have a lot of play in the light, giving the specimen an entirely different personality when viewed in different angles and lighting. Portions of this specimen are composed of naturally associated rock that doesn't exhibit labradorescent effects. 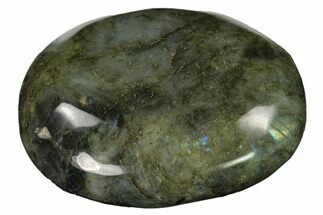 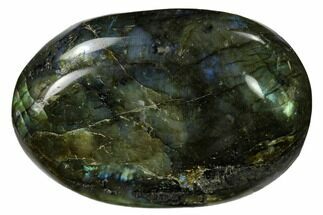 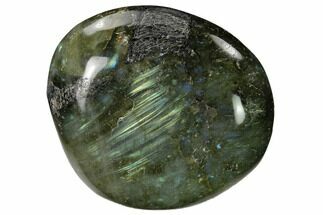 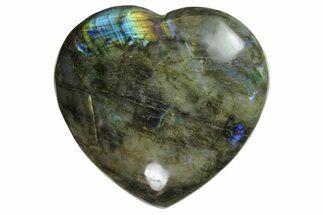 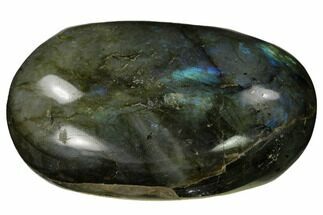