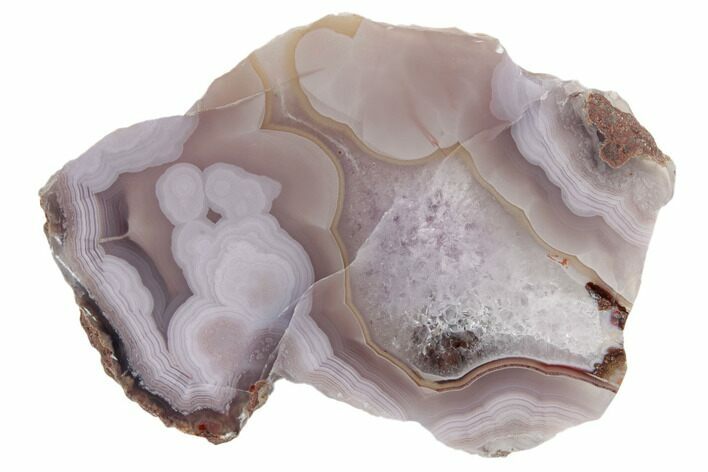 This is a gorgeous, 3.2" wide polished Laguna agate from Ojo Laguna, Mexico. It has been cut flat and polished to a glossy finish on one side, revealing striking purple, lavender, cream and white banding. The clarity within the nodule is astonishing and there is a rich pocket of quartz and amethyst, of which the crystal terminations can be viewed on the backside of the nodule. 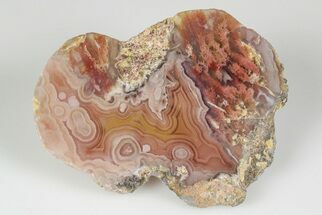 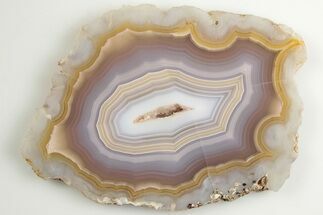