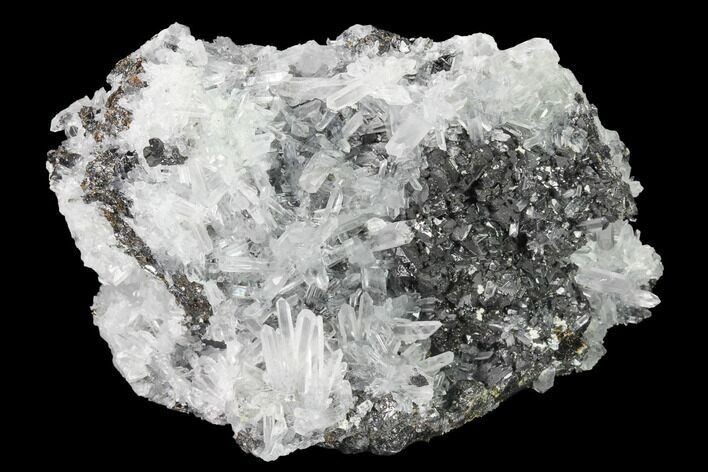 This beautiful specimen contains an association of sphalerite and quartz crystals. It comes from the Huanzala Mine in Peru and the entire piece measures 3.2" wide.

Sphalerite is a part of the sulfides group and typically exhibits a grey/black appearance due to high concentrations of impurities. When sphalerite is in it's purest state, the chemical composition is ZnS, and can display a gemmy transparent light tan/yellow color. This is one of the few minerals that can form crystals ranging anywhere between gemmy and transparent to opaque and metallic-like. Opaque or cloudy sphalerite tends to be most abundant, due to the ease of iron replacing zinc in the process of formation.
SOLD
DETAILS
SPECIES
Sphalerite & Quartz
LOCATION
Huanzala Mine, Bolognesi, Peru
SIZE
3.2" wide
CATEGORY
Metals / Metallic Ore
SUB CATEGORY
Sphalerite
ITEM
#141844
SHIPPING
Shipping & Return Policy info.