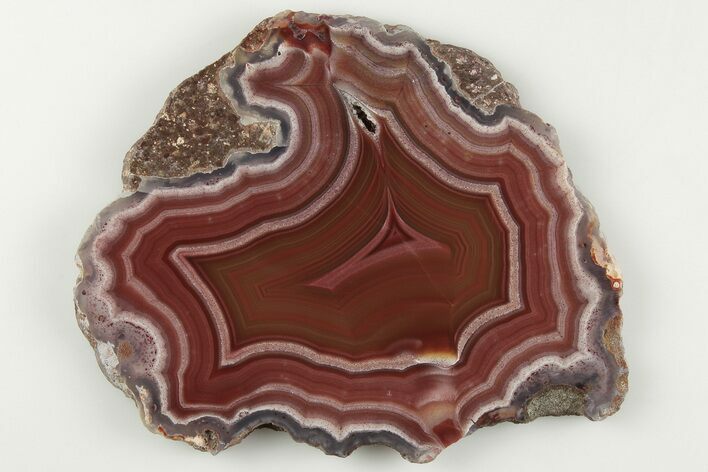 This is a gorgeous, 3.3" wide, polished slice of Laguna agate, collected from Ojo Laguna, Mexico. It has been cut flat and polished to a glossy finish on one side, revealing striking white, red, caramel, purple and pink banding. 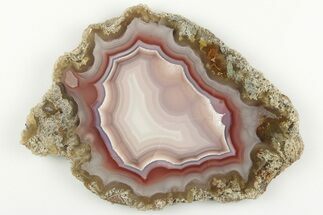 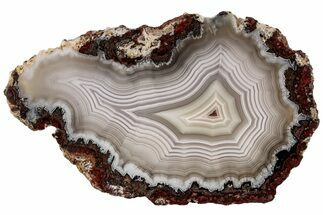 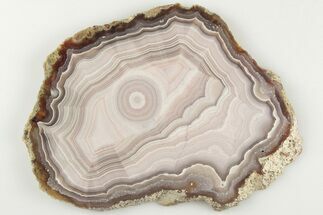 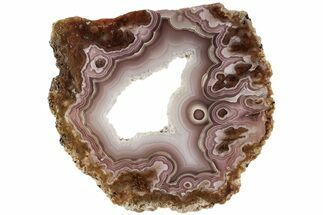 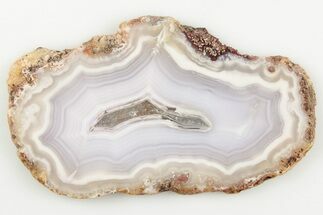