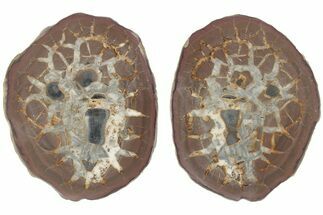 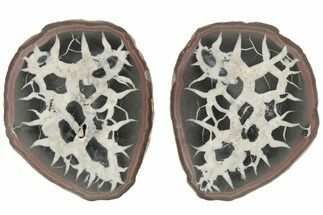 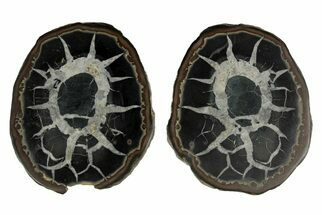 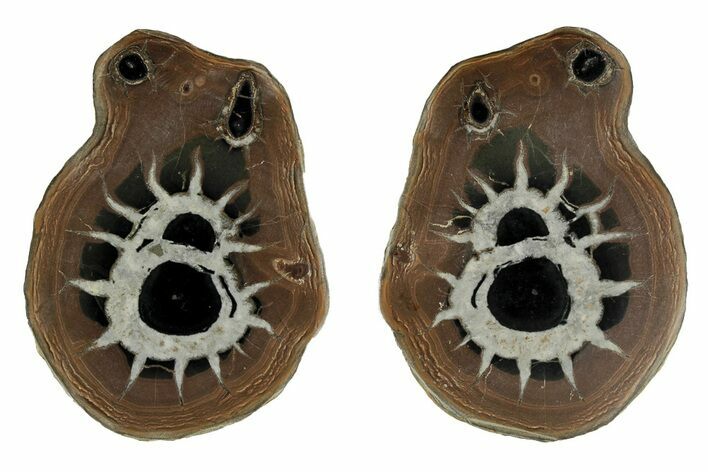 This is a cut and polished septarian nodule from Morocco. Each half is about 3.4" wide and contains a beautiful and unique inner structure.

The cracks in the concretions are then filled in with minerals such as calcite (yellow) and aragonite (brown) and sometimes pyrite causing the very interesting patterns, which have often been described as dragon's skin. They are frequently found as geodes with hollow, calcite crystal filled cavities. More rarely the fossils that originally started the formation of the concretion are still preserved in the septarian.
View All Polished Stones
SOLD
DETAILS
SPECIES
Septarian
LOCATION
Morocco
SIZE
3.4" wide (each)
CATEGORY
Septarian
ITEM
#186984
SHIPPING
Shipping & Return Policy info. 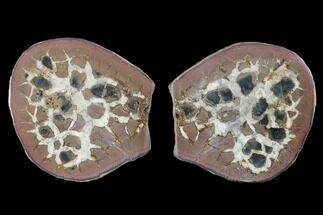 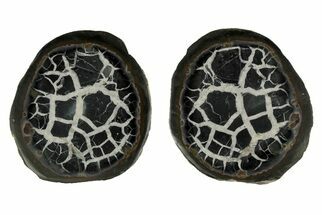 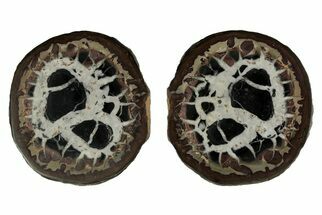 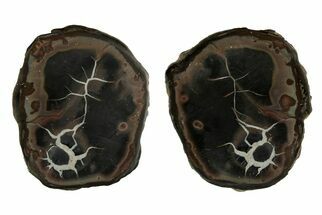 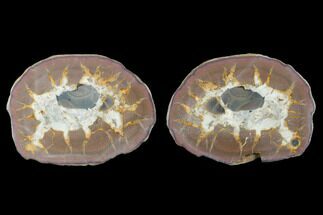 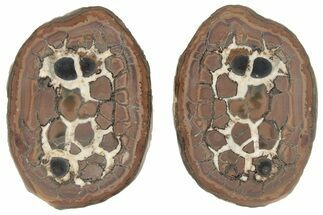 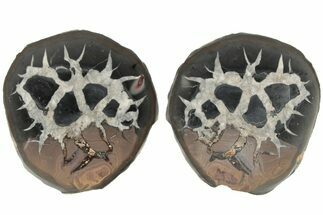 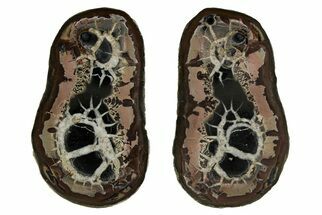 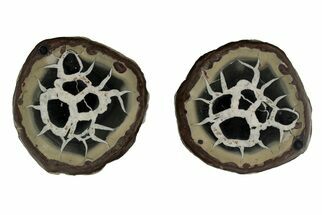