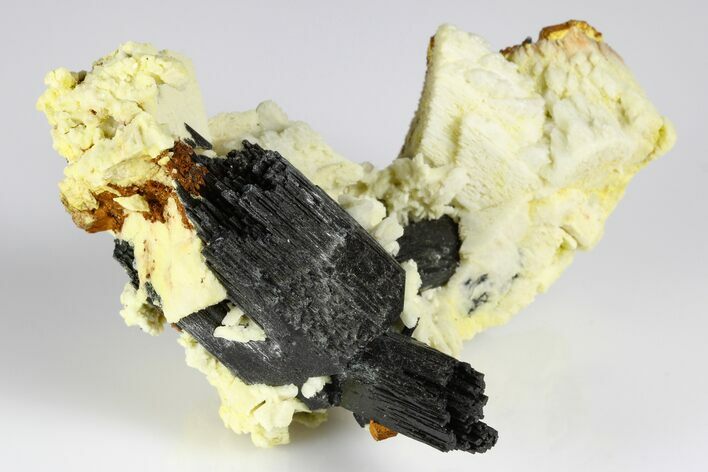 This is an association of orthoclase feldspar, a goethite after siderite formation and black tourmaline (schorl), collected from the Erongo Mountains in Namibia. Under short wave UV light, the feldspar fluoresces a vibrant pink-red color.