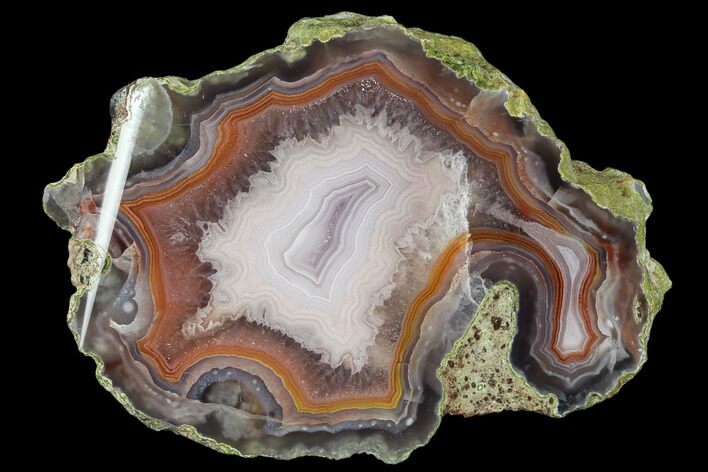 This is a beautiful polished Laguna agate end cut specimen that was collected from Ojo Laguna, Chihuahua, Mexico. The colors vary throughout this specimen, including hues of pink, orange and purple. The patterns and lacing of this specimen are stunning, and it will make a wonderful addition to any agate collection. 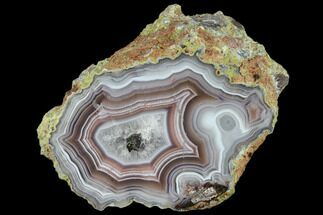 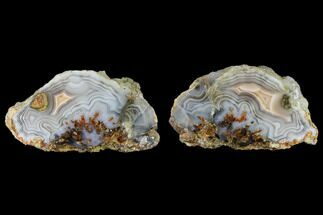 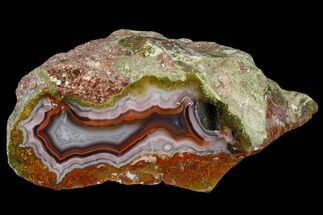 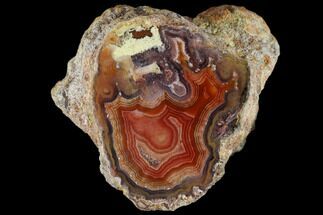