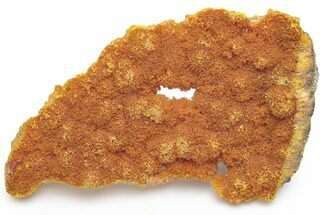 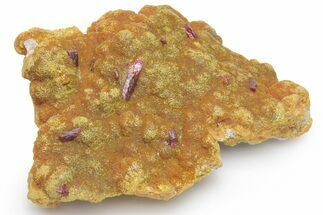 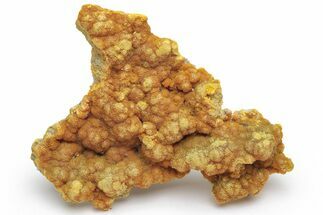 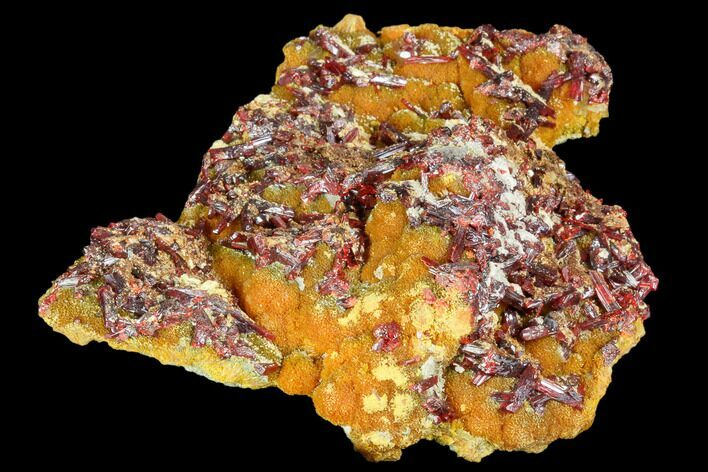 This is a beautiful specimen of orpiment that is encrusted in elongated realgar crystals from Peru. The orpiment has a rich yellow-orange coloration, while the realgar crystals are candy-apple red. It measures 3.5" wide and would make an excellent addition to any mineral collection. 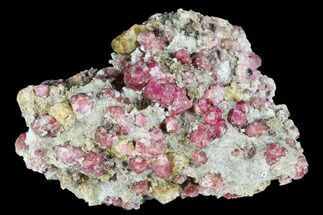 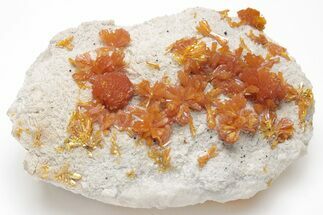 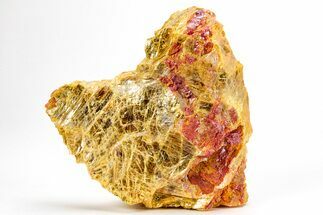 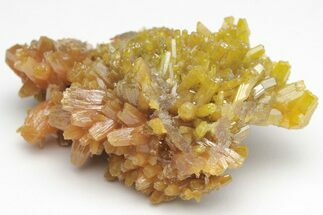 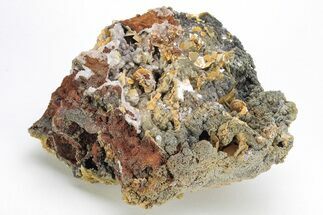