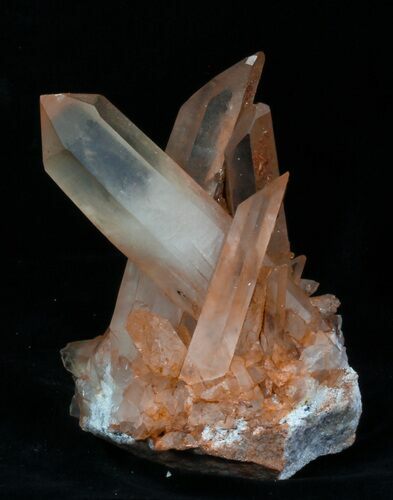 This is a beautiful, high quality cluster of "tangerine" quartz crystals on a granite matrix. The longest crystal is 3.6" long and all of the crystals have well defined points. 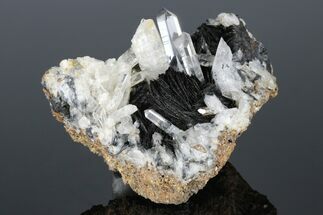