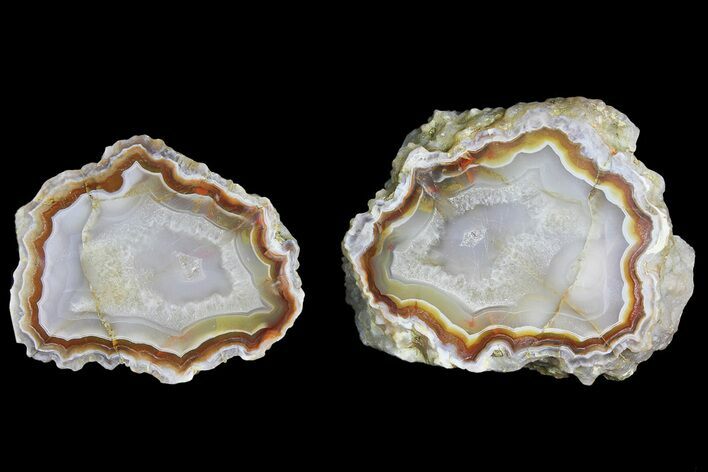 This is a polished agate nodule that was collected from the Khenifra Province of Morocco. This agate nodule features bands of brown-orange and white agate, and the largest half measures 3.7" wide. Both halves of this agate nodule are included with your purchase and both come with an acrylic display stand.