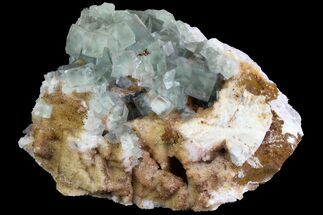 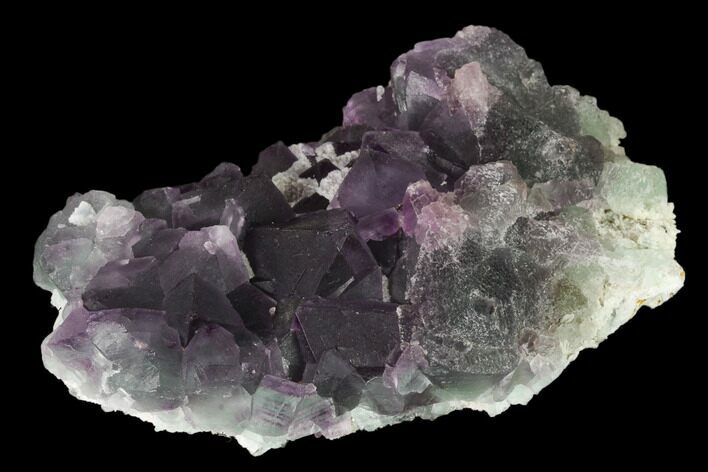 This specimen contains beautiful octahedral fluorite crystals that formed from a quartz matrix. While the fluorite appears purple, there is a layer of green fluorite within the crystals. Comes with an acrylic display stand. 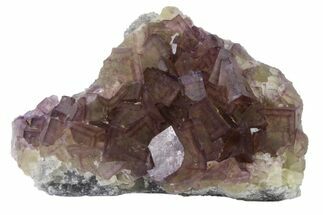 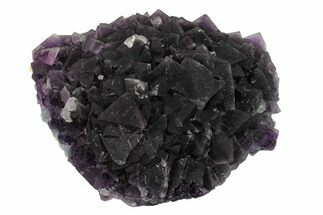 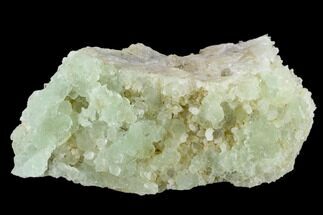