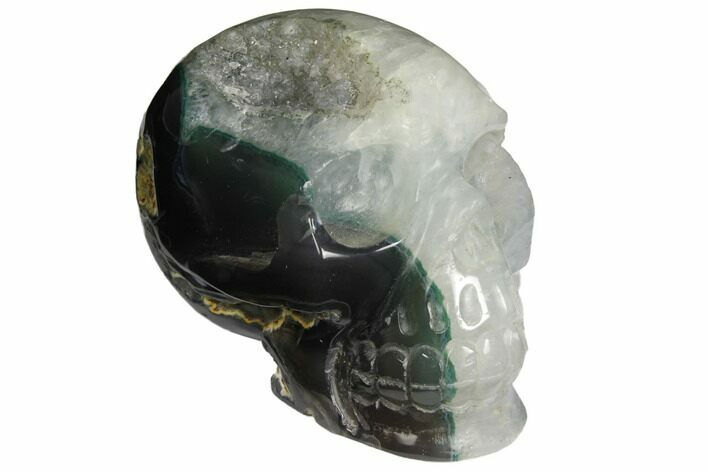 This is a gorgeous, 4.2" long, polished banded agate skull that contains a quartz crystal encrusted cavity at the top of the skull. This specimen has undergone intricate sculpting and polishing that left the crystal in the shape of a skull. 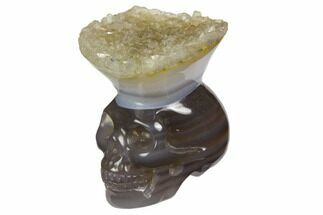 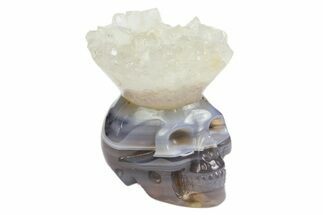 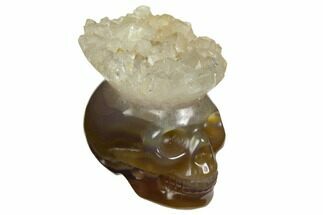 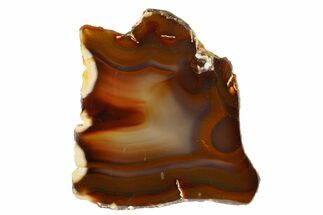 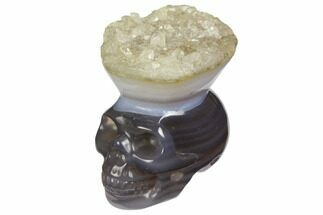 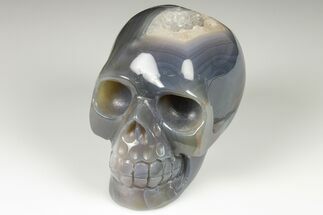 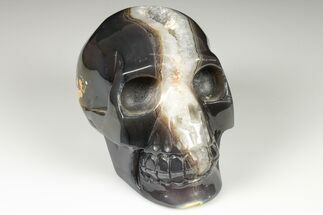