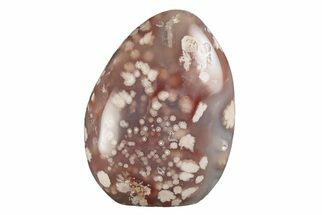 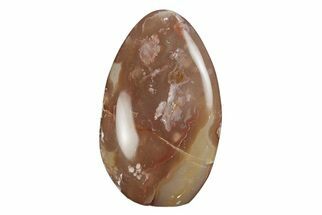 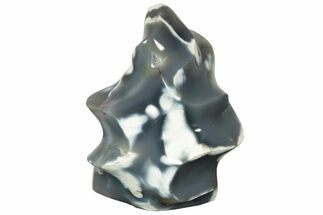 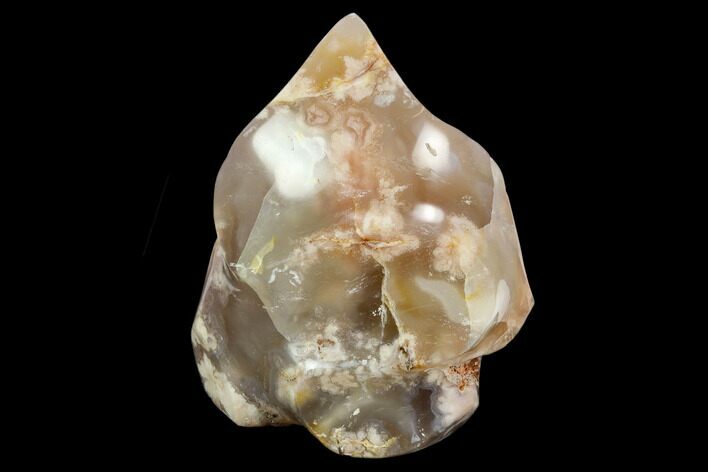 This is a beautiful, milky flower agate specimen that was collected, sculpted and polished in Madagascar. It is 4.2" tall and bares flower-like formations of white chalcedony peppered throughout the agate. The base has been cut flat so that it displays nicely on a hard surface and would be suitable as either an indoor or outdoor decorative piece. 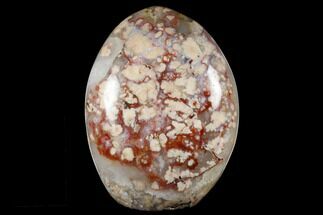 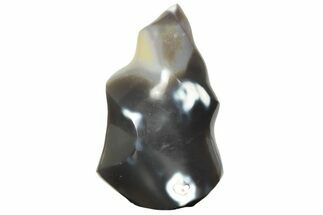 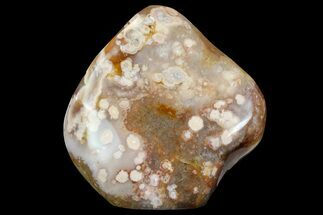 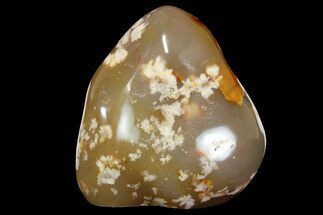 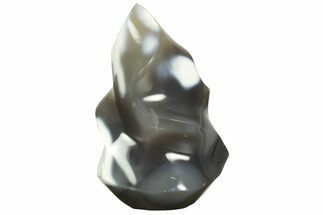 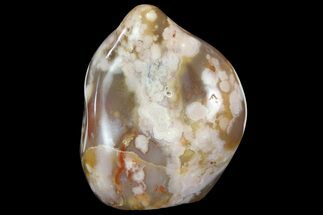 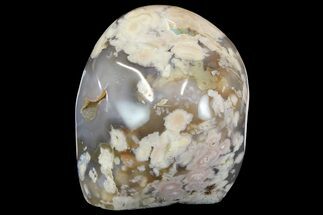 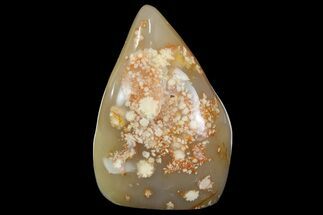 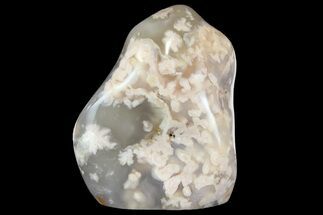