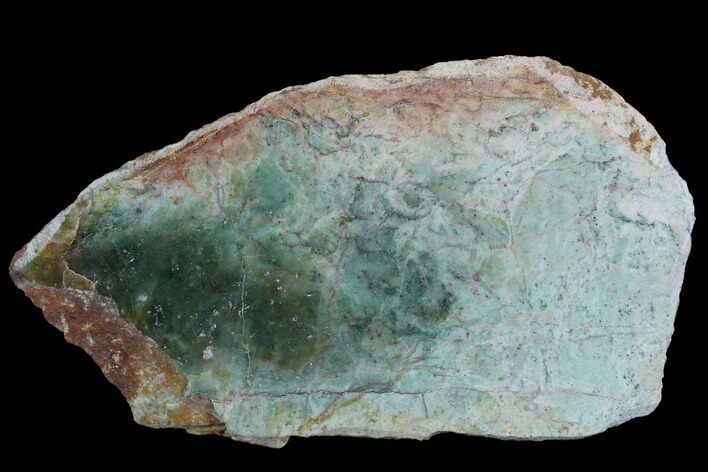 This is a vibrant end cut of fuchsite chert (Dragon Stone), that has been polished to a mirror like finish. It was collected from a locality named Abydos, which is not far from the town of Port Hedland in the Pilbara region of Western Australia. The blue-green coloration is wonderful and is interrupted by streaks of red, orange and brown. 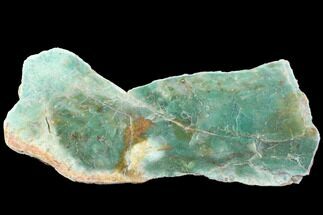 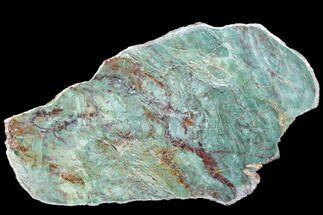 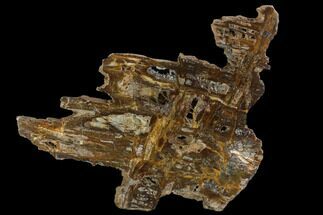 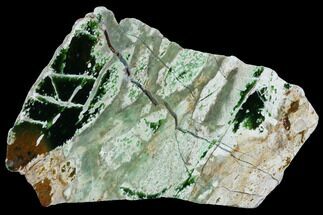 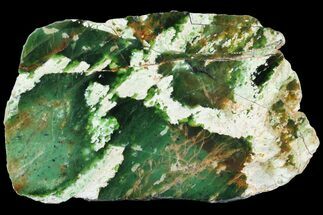 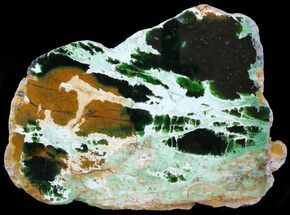