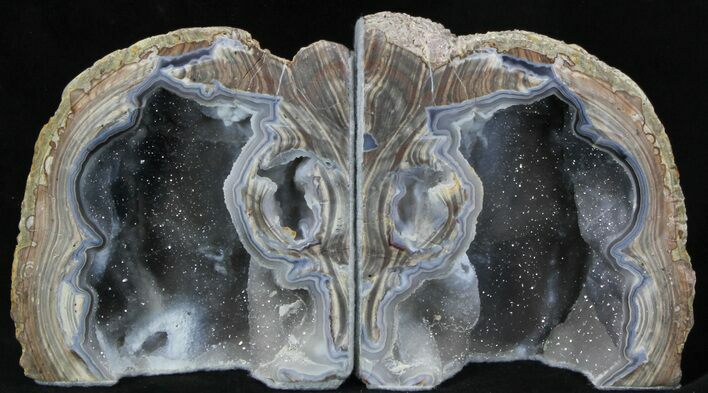 This is a beautiful pair of bookends made from a cut & polished dugway geode from Utah. They contain beautiful crystal pockets lined with shimmering, druzy quartz crystals. Both cut sides have been lined with felt. 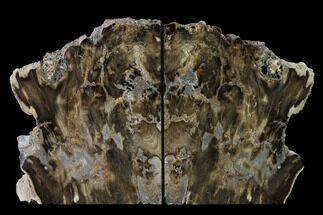 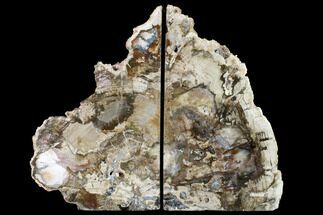 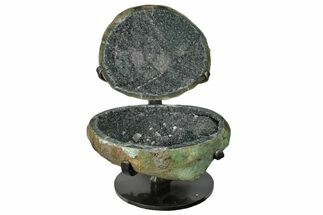