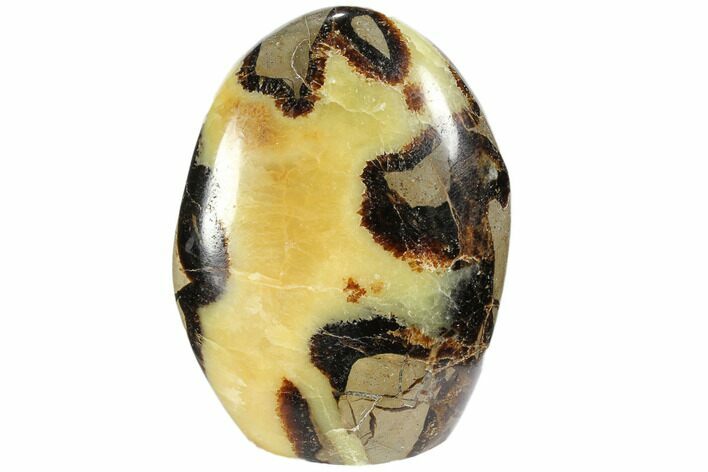 This is a beautiful, polished free form sculpture of septarian. The septarian comes from the Betsiboka Region of Madagascar and was deposited during the Jurassic period. The polishing reveals a beautiful pattern of the yellow crystals. The base has been cut flat to display without the use of a stand