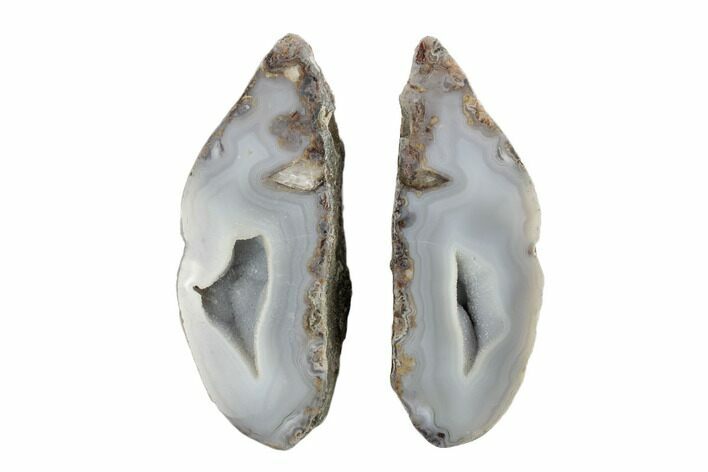 This is a polished agate nodule that was collected from the Khenifra Province of Morocco. This agate nodule features wonder full banding, the cross section of a calcite crystal and a druzy quartz encrusted cavity at its center. Both halves are included with your purchase and each is accompanied by an acrylic display stand. 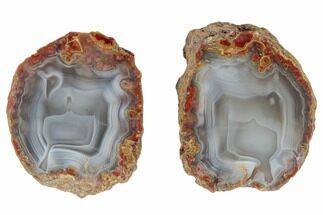 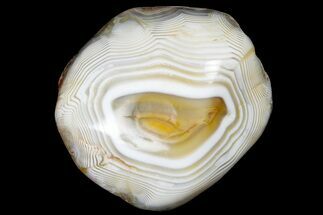 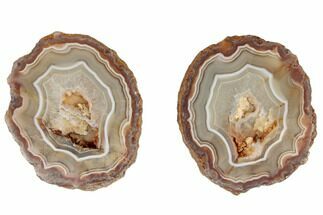 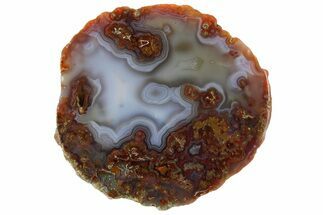