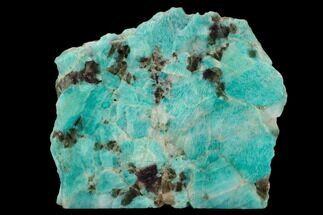 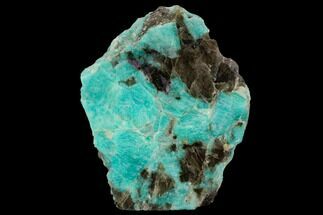 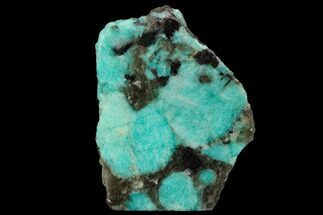 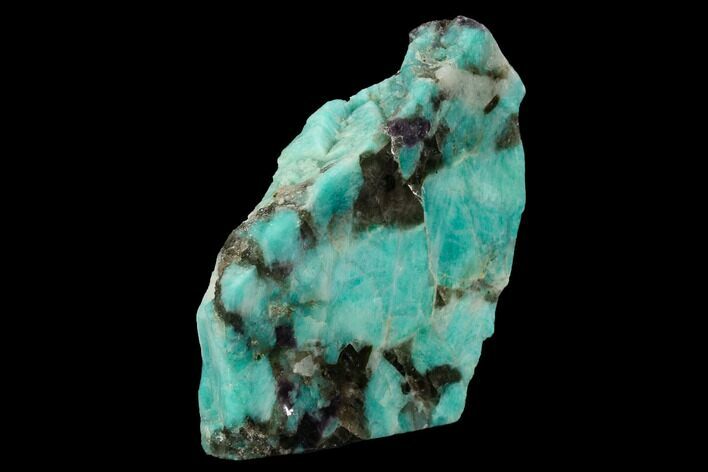 Smoky quartz is a grey-brown to black variety of quartz. This common name is derived from from the appearance of smoke within the quartz crystal. Dependent on the location and the chemicals present during formation, smoky quartz can appear opaque black, however it’s typically translucent to some extent. It’s believed that the quartz gains this color from a combination of natural irradiation and aluminum impurities.
SOLD
DETAILS
SPECIES
Microcline var. Amazonite & Quartz var. Smoky
LOCATION
Madagascar
SIZE
4.7 x 4.7", 1.05" thick
CATEGORY
Amazonite
ITEM
#129919
SHIPPING
Shipping & Return Policy info. 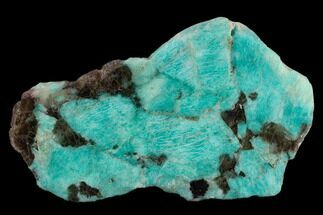 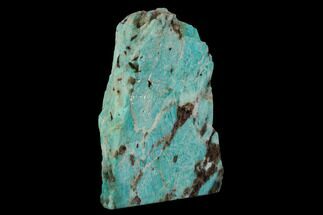 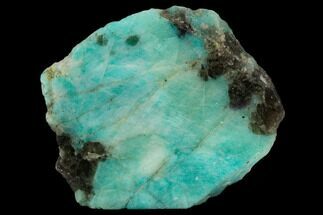 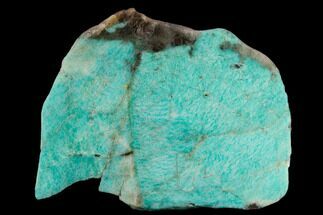 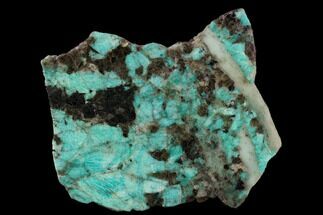