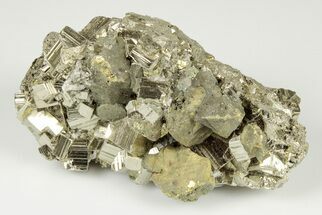 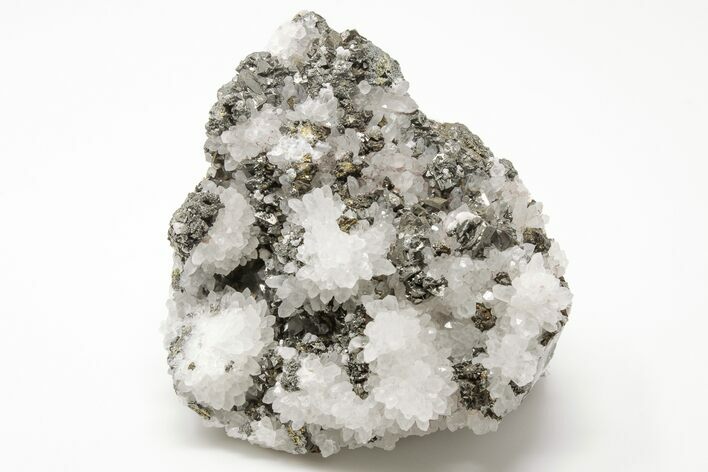 This gorgeous specimen contains an association of glistening chalcopyrite crystals, what appear to be grey tetrahedrite crystals, and quartz crystals. It comes from the Huanzala Mine in Peru and the entire piece measures 4.8" wide. 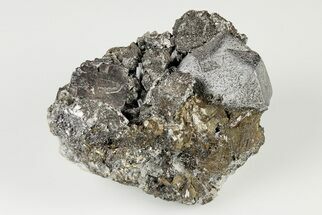 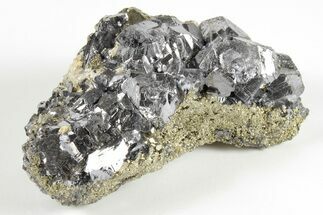 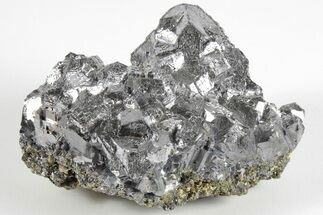 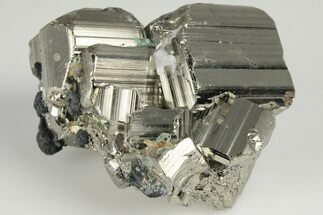 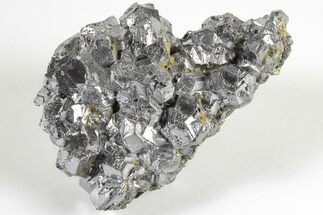