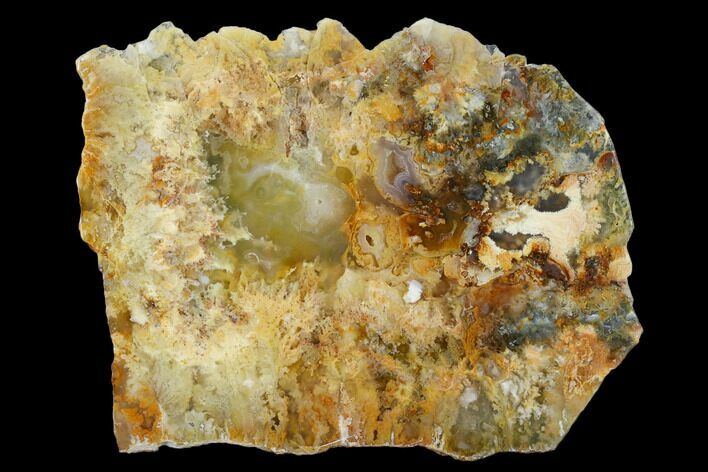 This is a gorgeous specimen of Regency Rose agate from the Owyhee Mountains in far Eastern Oregon. It is polished on one side and is rough on the other.

Agate is a variety of microcrystalline quartz (chalcedony) that displays translucence and in some cases banding. Agate primarily forms when silica-rich fluids fill pockets within rock and/or fossils, resulting in deposition of the silica along the walls of the rock. This process can result in banding patterns as the composition and impurities of the fluids change over time. These banding patterns can either form as flat layers or rounded layers, depending on the surfaces available for deposition.
View All Polished Stone Slabs
View All Polished Stones
Agate, Chalcedony & Jasper, What’s the Difference?
FOR SALE
$59
DETAILS
SPECIES
Chalcedony var. Agate
LOCATION
Owyhee Mountains, Eastern Oregon
SIZE
4.9 x 3.8", up to .47" thick
CATEGORY
Agates
ITEM
#150590
SHIPPING
Shipping & Return Policy info. 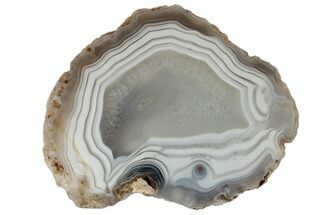 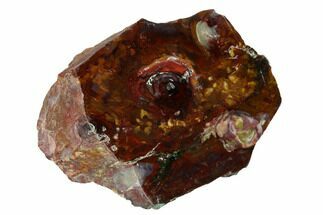 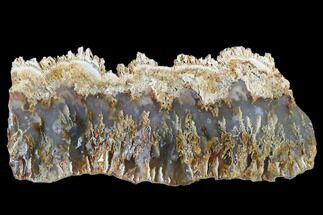 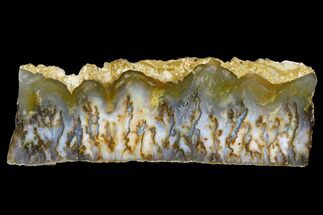 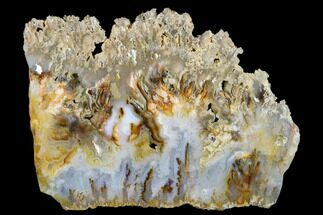