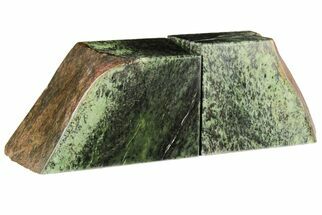 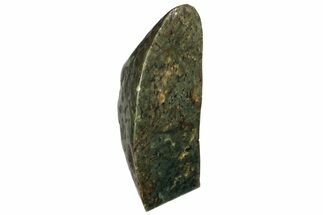 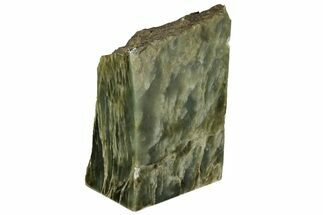 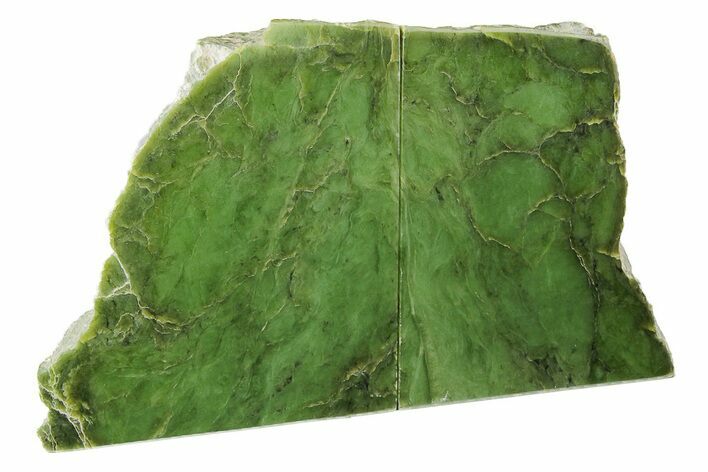 This is a stunning pair of bookends made from deep green sections of jade var. nephrite. The jade was collected from the BC Jade Mine in Jade City, Canada. The bookends have been cut flat and polished to a glossy finish on two faces. The base has been cut flat but not polished, and the remaining sides of each half of the bookends has been left rough. Exceptional polishing work on this pair.

Jade is a silicate mineral that is best known for its green varieties, the most common of which are jadeite and nephrite. Jadeite is a variety of jade that's primarily composed of silicon, calcium and magnesium while nephrite contains silicon, sodium and aluminum. For thousands of years, jade has been used for ornamental purposes and as tools due to its relative strength and durability.
View All Bookends
View All Polished Stones
SOLD
DETAILS
SPECIES
Jade var. Nephrite
LOCATION
BC Jade Mine, Jade City, British Columbia, Canada
SIZE
5.5 x 4.95 x 2.95"
CATEGORY
Jade
SUB CATEGORY
Canadian Jade (Nephrite)
ITEM
#195542
SHIPPING
Shipping & Return Policy info. 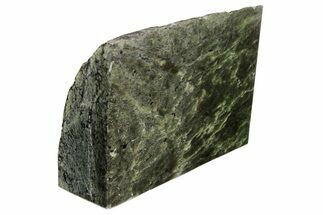 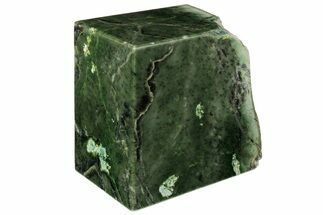 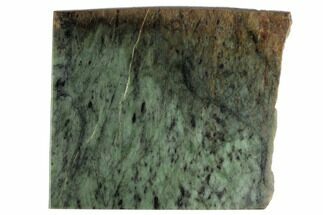 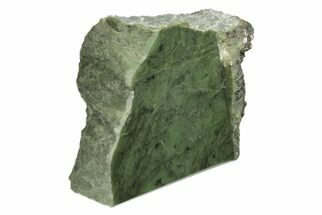 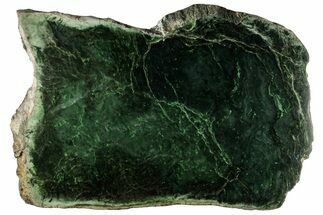 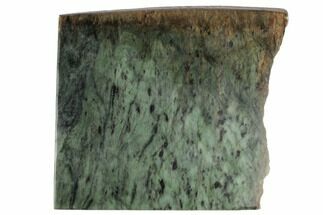 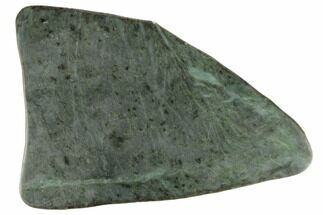 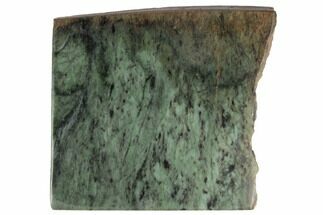