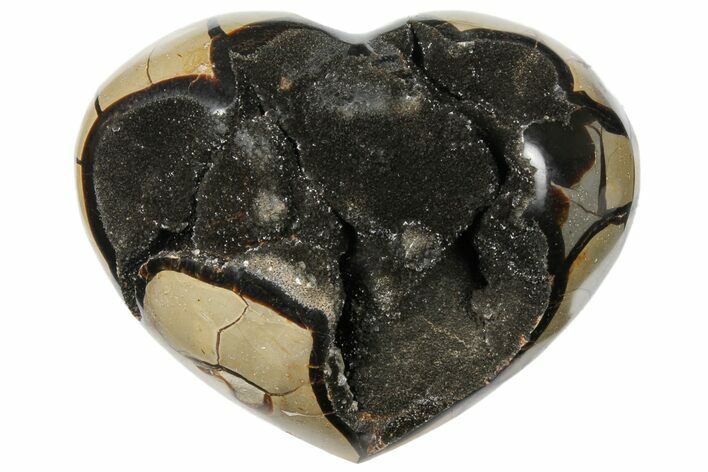 This is a unique, polished septarian geode section collected in the Betsiboka Region of Madagascar. The hollow cavity is full of beautiful, black/brown calcite crystals that have a lot of sparkle. It is a hollow septarian nodule, which has been polished into the shape of a heart with the natural, cracked pattern of the septarian giving it a very interesting appearance.

The cracks in the concretions are then filled in with minerals such as calcite (yellow) and aragonite (brown) and sometime pyrite causing the very interesting patterns, which have often been described as dragon's skin. They are frequently found as geodes with hollow, calcite crystal filled cavities. More rarely the fossils that originally started the formation of the concretion are still preserved in the septarian.
How do geodes form?
SOLD
DETAILS
SPECIES
Septarian with Calcite & Barite
AGE
Middle Jurassic 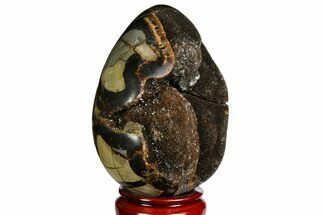 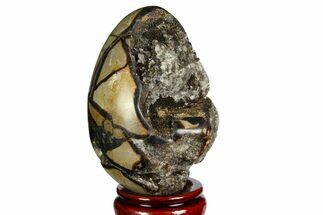 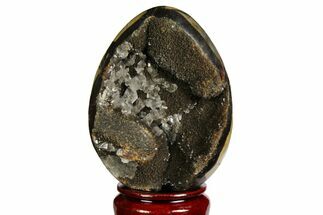