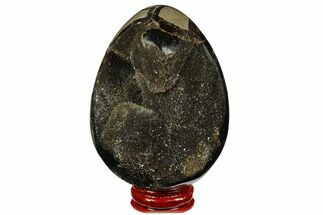 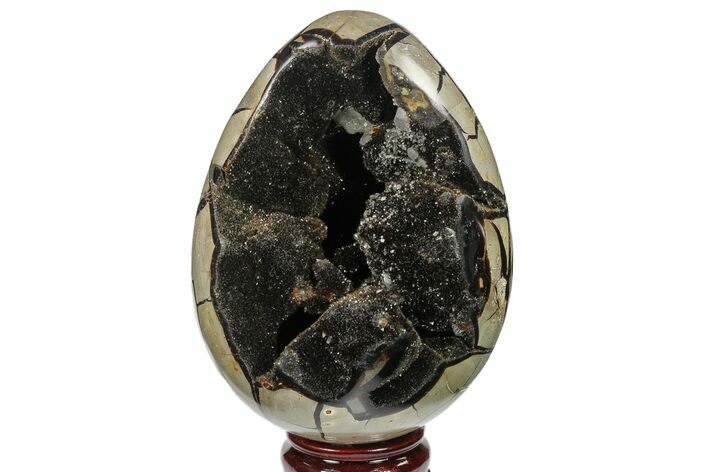 Barite, commonly spelled baryte, is well-known for its great range of colors and varied crystal forms and habits. It is a heavy mineral consisting of barium sulfate, and typically has the chemical formula of BaSO4. The barite group consists of baryte, celestine, anglesite and anhydrite. It's generally white to colorless and is the main source of barium.
How do geodes form?
View All Polished Eggs
SOLD
DETAILS
SPECIES
Septarian, Barite and Calcite
AGE
Middle Jurassic