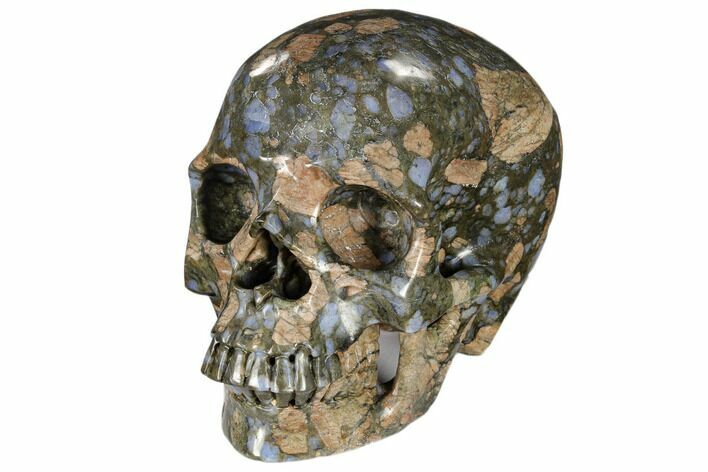 This is an absolutely beautiful, polished and carved skull made out of Que Sera stone from Brazil. Both the sculpting and polished of this skull are quite intricate. The underside of the skull and the nostrils have been hollowed-out, making the specimen closer in resemblance to a real skull.