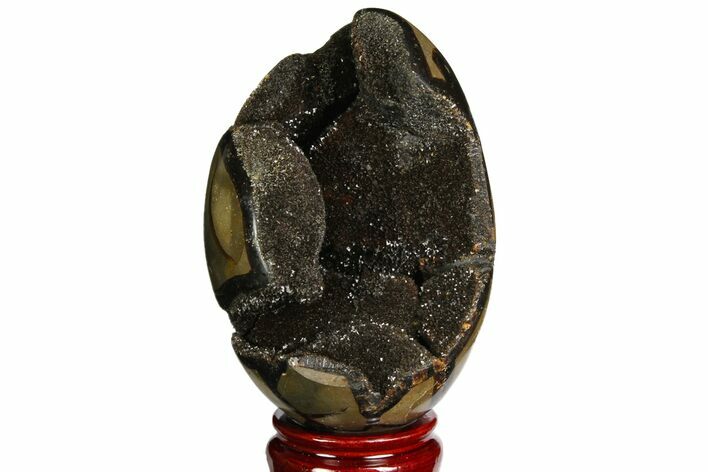 There is some gap fill restoration along the back side of this specimen. Comes with pictured display stand.