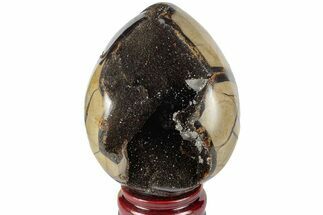 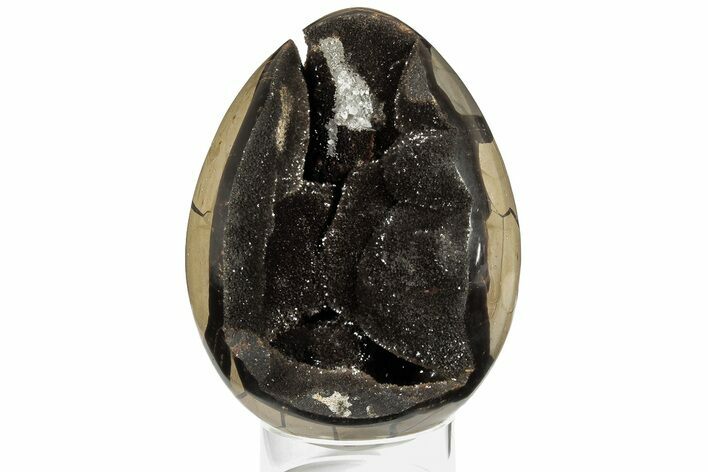 This is an impressive septarian "Dragon Egg" geode collected in the Betsiboka Region of Madagascar. The hollow cavity is full of beautiful, black calcite crystals. This was a hollow septarian nodule, which has been polished into an egg shape, and the natural cracked pattern of the septarian gives it the appearance of a dragon's egg. This egg features multiple ammonite cross sections on the back and a small cluster of clear, barite crystals are present within. This is a spectacular display piece that looks great in your home/office or would make a great gift for the Game of Thrones enthusiast you know. 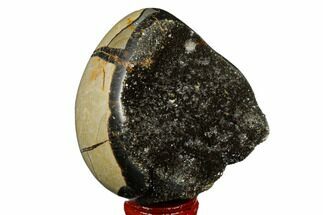 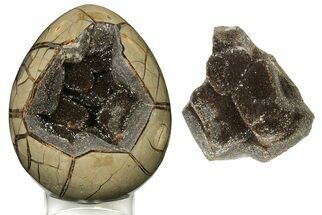 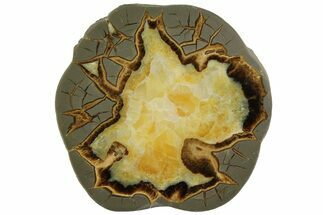 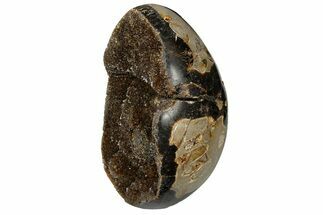 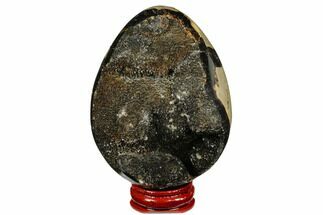 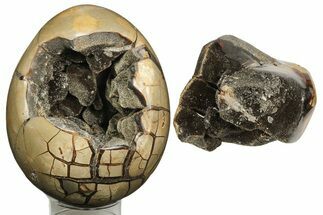 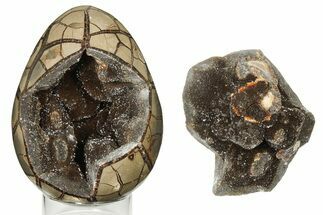