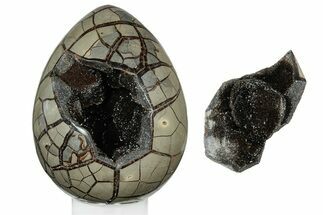 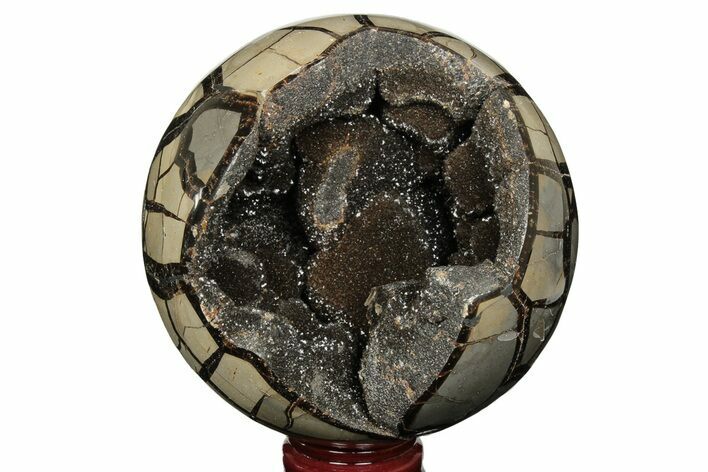 This is a stunning 6.3" wide, polished septarian geode collected in the Betsiboka Region of Madagascar. The hollow cavity is full of shimmering, black calcite crystals. This was once a hollow septarian nodule, which was polished into a round, sphere shape. The natural cracked pattern of the septarian gives it the appearance of a dragon's egg. There are a few areas of gap fill restoration present for stabilization of the specimen. 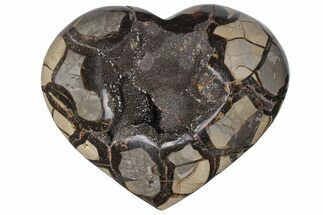 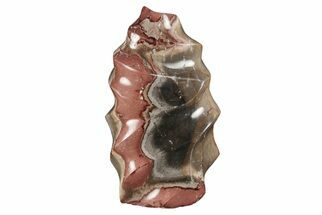 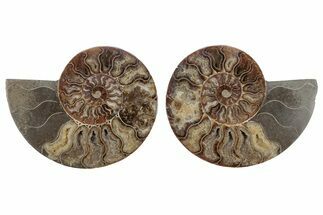 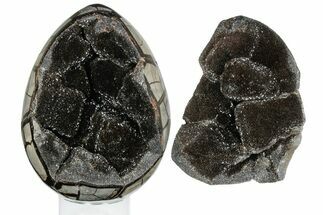 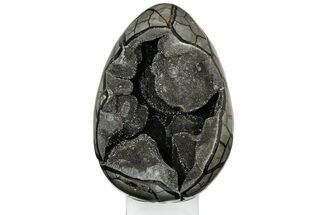 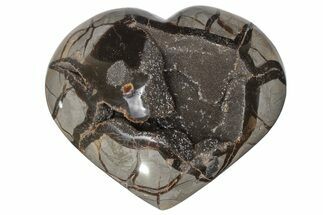 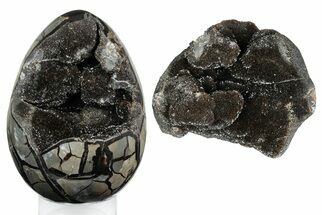