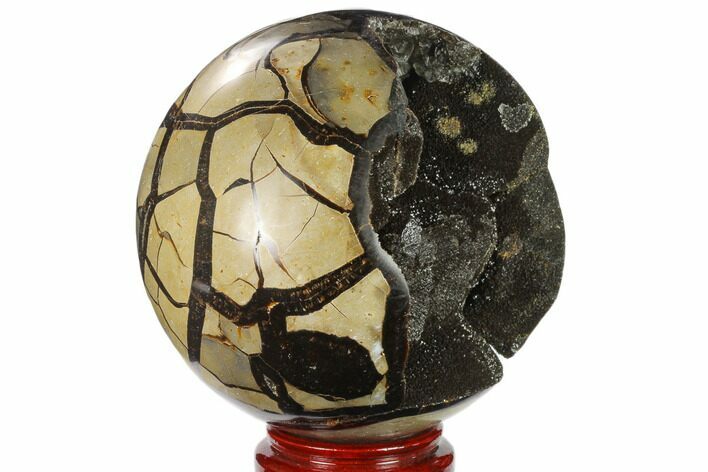 This is a stunning 6.4" wide, polished septarian geode collected in the Betsiboka Region of Madagascar. The hollow cavity is full of shimmering, black calcite crystals and transparent barite crystals.. It is a hollow septarian nodule, which has been polished into an round, sphere shape.

Barite, commonly spelled baryte, is well-known for its great range of colors and varied crystal forms and habits. It is a heavy mineral consisting of barium sulfate, and typically has the chemical formula of BaSO4. The barite group consists of baryte, celestine, anglesite and anhydrite. It's generally white to colorless and is the main source of barium.
How do geodes form?
SOLD
DETAILS
SPECIES
Septarian with Black Calcite & Barite
AGE
Middle to Late Jurassic