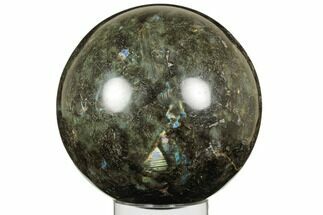 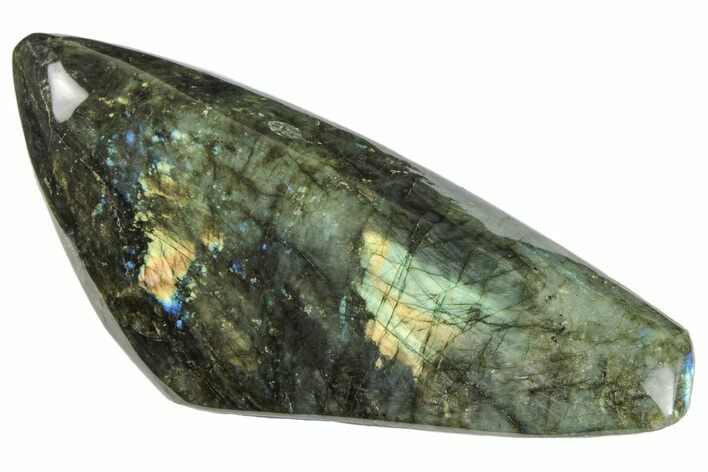 This is a gorgeous, flashy, labradorescent piece of labradorite polished into a beautiful free form statue. The brilliant blue/green/gold colors have a lot of play in the light, giving the piece an entirely different personality when viewed in different angles and lighting. 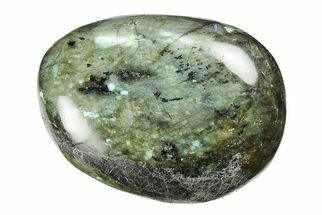 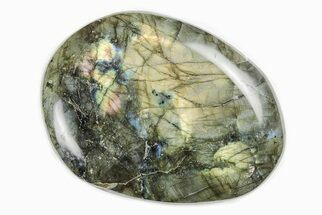 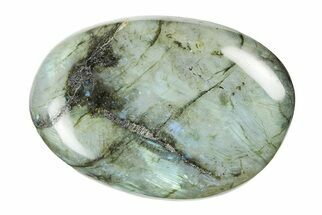 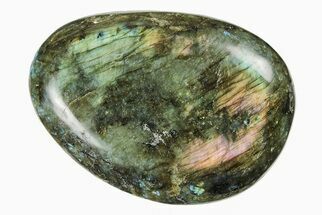 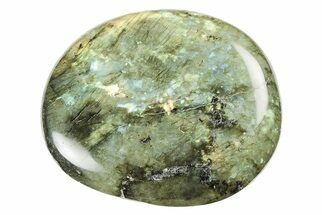 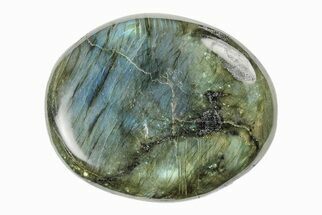