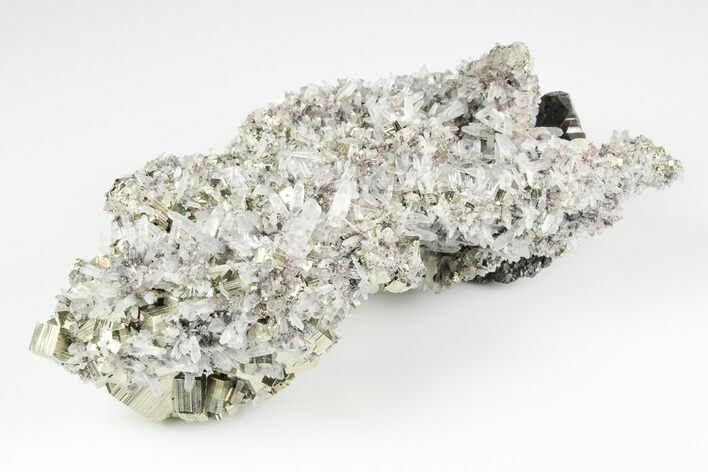 This is beautiful cluster of lustrous cubic pyrite crystals that formed in association with sphalerite and quartz crystals. It comes from the Huanzala Mine in Peru and the entire specimen measures 6.65" wide. Both sides would be perfect for display.

Pyrite or iron pyrite is commonly referred to as Fool's Gold because it's metallic luster and pale brass-yellow hue give it a superficial resemblance to gold. In the old mining days, Pyrite was sometimes mistaken for Gold. Pyrite is the most common of the sulfide minerals with the chemical formula FeS2. Pyrite crystals occur in many shapes and habits. Smaller (druzy) crystal aggregates may give off beautiful glistening effects, and larger crystals may be perfectly formed, including fascinating cubes, penetration twins, and other interesting crystal forms.
View All Mineral Specimens
FOR SALE
$99
DETAILS
SPECIES
Pyrite, Quartz & Sphalerite
LOCATION
Huanzala Mine, Bolognesi, Peru
SIZE
6.65 x 3.7"
CATEGORY
Pyrite
SUB CATEGORY
Peruvian Pyrite
ITEM
#195752
SHIPPING
Shipping & Return Policy info. 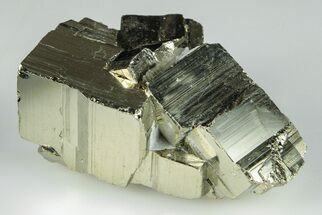 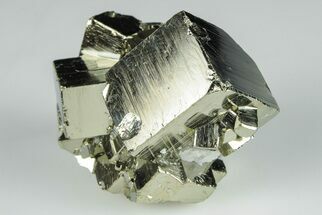 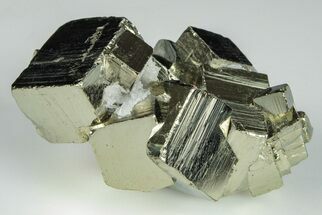 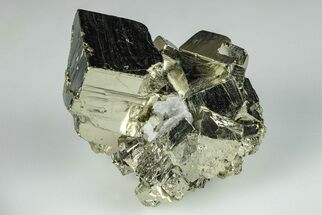 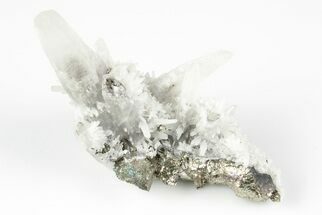