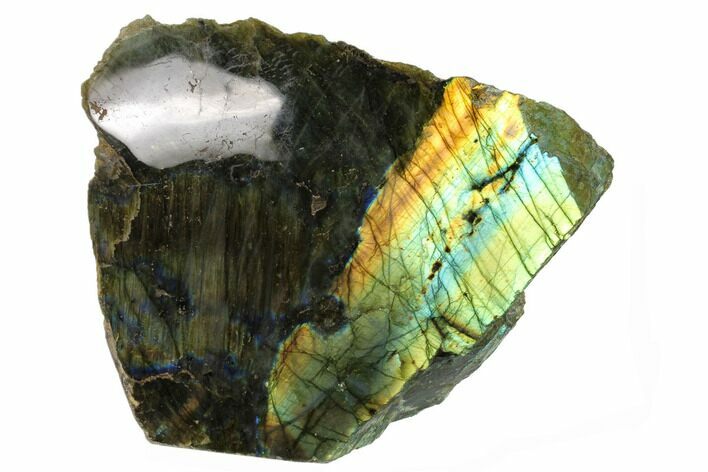 This is a beautiful labradorite specimen with one face polished, collected from Madagascar. The base of the piece has been cut flat so that it stands up on its own without the need for a stand. The labradorite has a different personality when viewed from different angles. 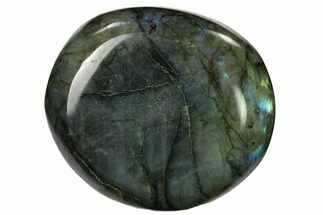 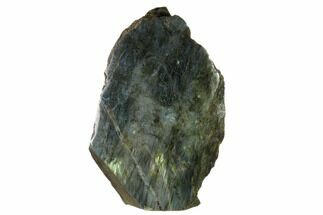 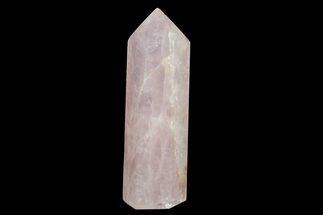 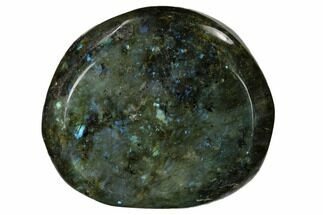 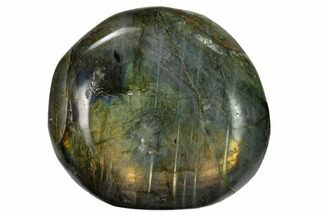 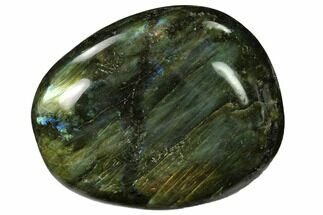 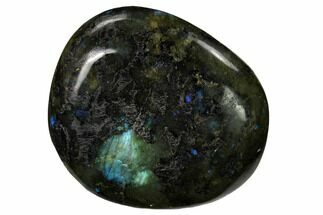