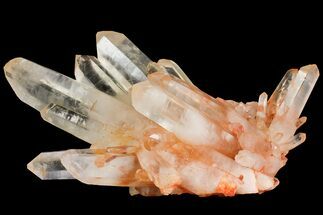 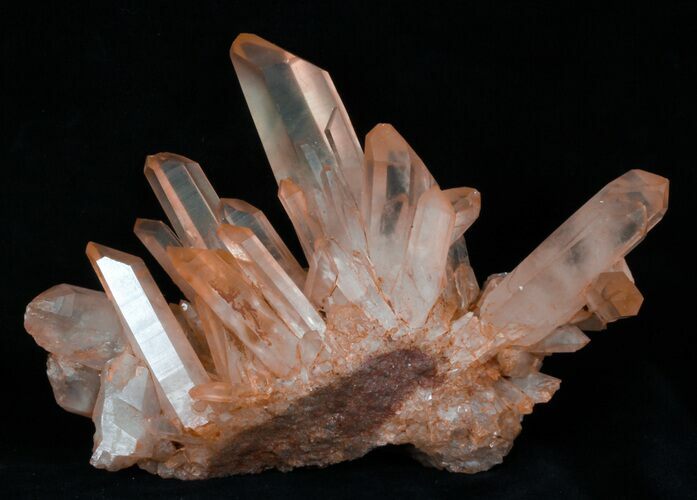 This is a beautiful, high quality cluster of large "tangerine" quartz crystals on granite. The longest crystal is 3.2" long and overall the piece is 6.2" long. Nice defined tips on these large crystals crystals. The piece is fairly thin so it needs the included display stand to stand upright. 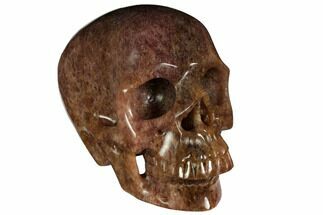