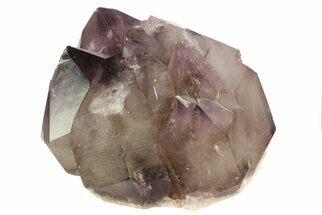 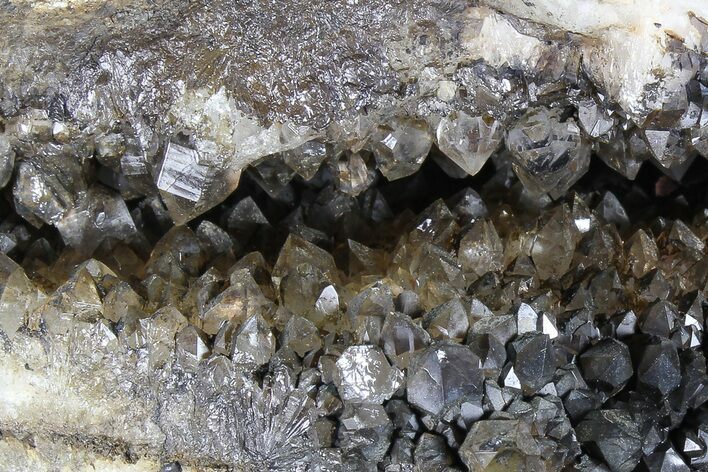 This quartz cluster from Diamond Hill, South Carolina, is covered in a thin, natural iron and manganese oxide coating which gives the crystals their black and orange coloring. There is a quartz filled cavity within the specimen as well, giving it a beautiful, multi-layered appearance. 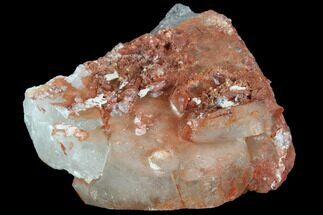 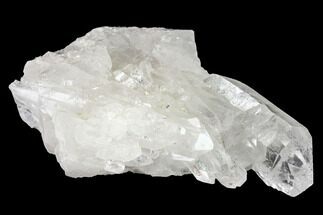 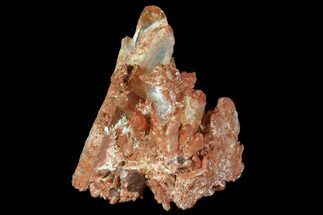 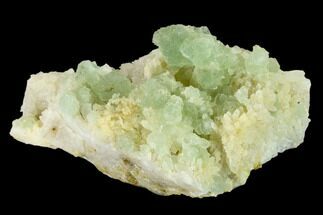