7.4" Agate Nodule on Metal Base - Brazil 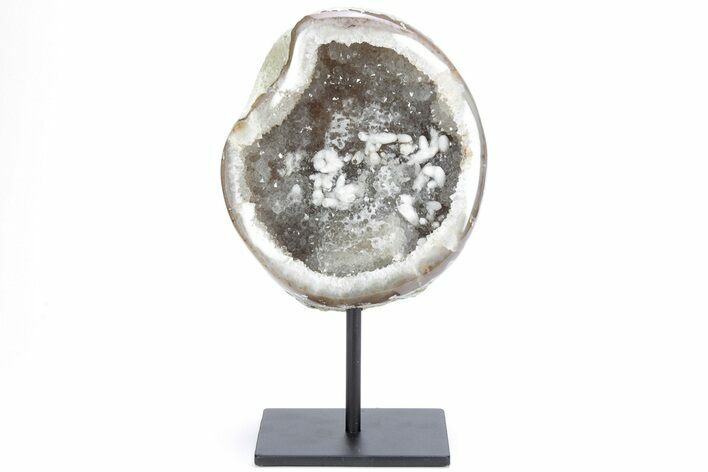 This is a gorgeous nodule of agate from Brazil with a druzy quartz crystal pocket with pillars of druzy quartz over calcite. It has been cut and polished on one side, retaining a natural look on the reverse face. The agate features white and cream chalcedony. 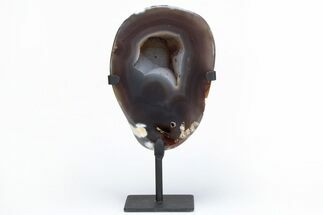 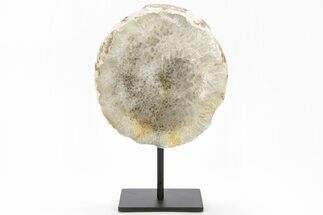 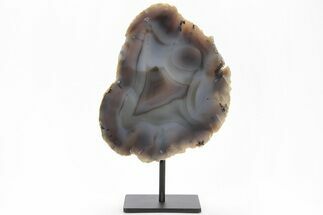 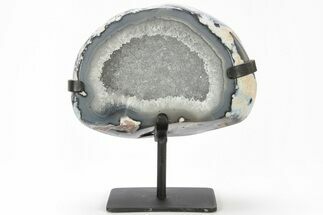