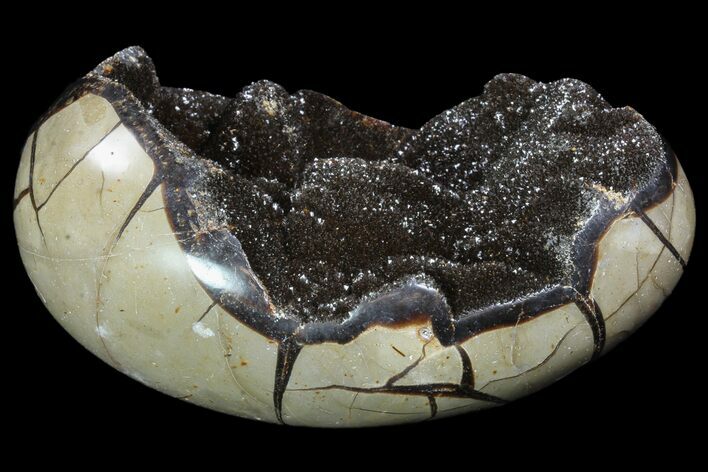 This particular geode is a little more flat in shape, not as deep so that it doesn't sit up on a egg/sphere stand. It comes with an acrylic stand for display.