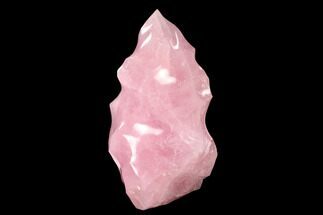 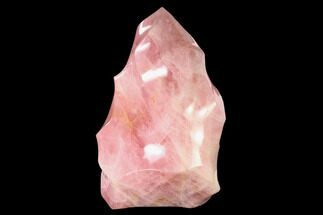 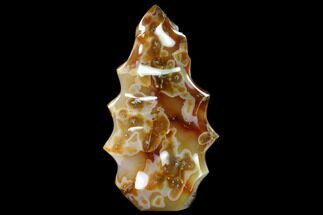 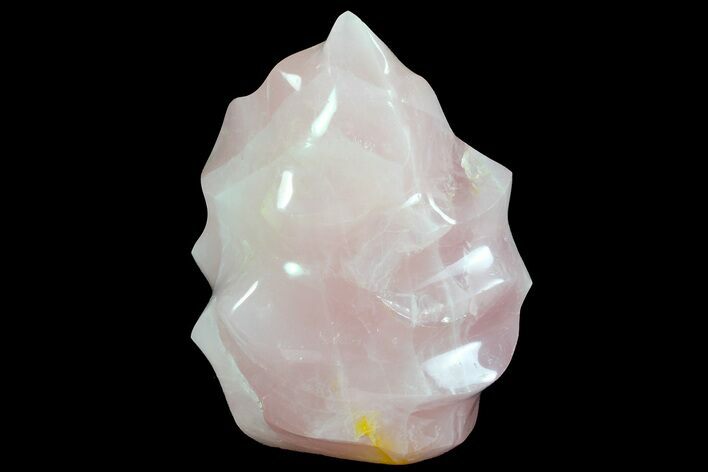 This a large piece of rose quartz hand carved and polished into a "flame" sculpture. The base has been cut flat so that it stands up nicely on any hard surface. Madagascar rose quartz is noted for it's quality and deep colorations, and this piece is no exception. 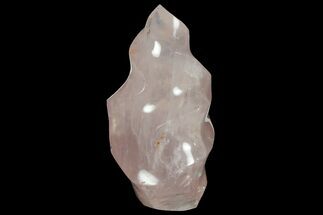