9" Agate Slab on Metal Base - Brazil 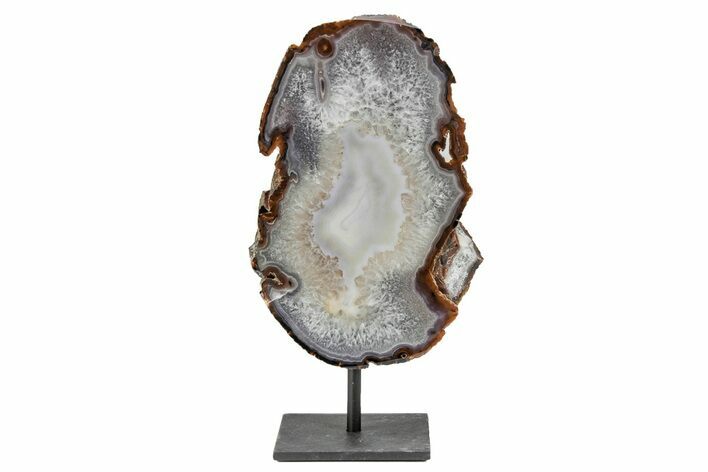 This is a gorgeous slab of agate from Brazil with a large quartz crystal mass. It has been cut and polished on both sides for versatile display options. The agate features blue, purple, cream, and orange banding.

This slice sits snuggly on a custom metal display stand that is not removable. A hole has been drilled into the underside of the slab and the metal pole has been inserted and glued into aforementioned hole.