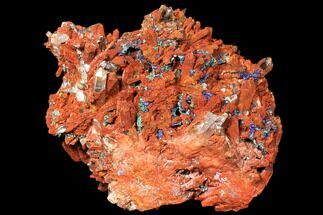 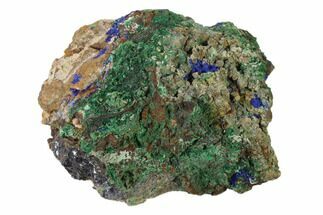 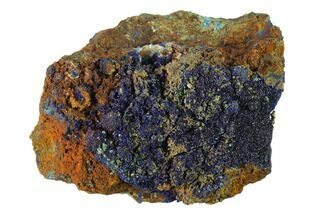 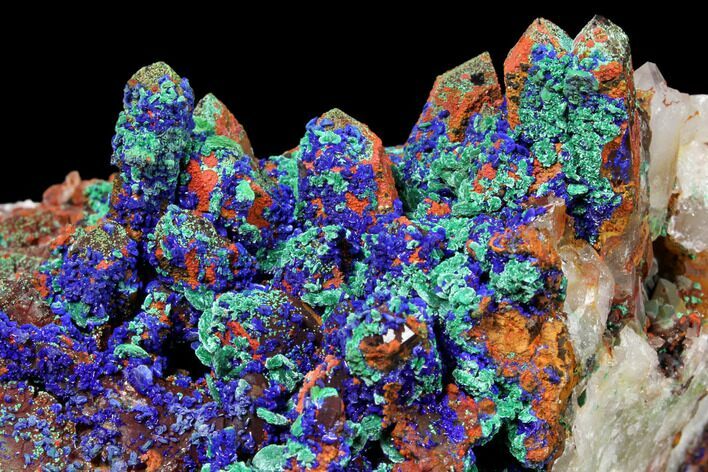 This specimen features aggregations of vivid green malachite and blue azurite that formed over limonite encrusted quartz. One side of this specimen has large quartz crystals, while the opposite side is more flat but is entirely covered in malachite and azurite. This specimen was collected from Morocco. 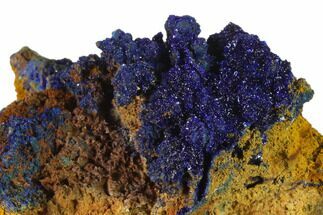 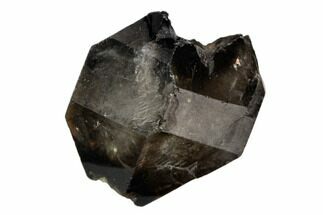 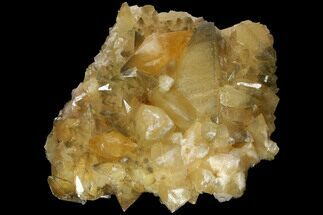 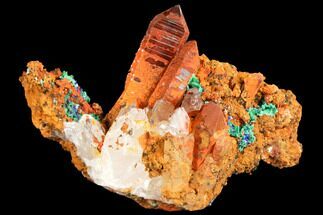