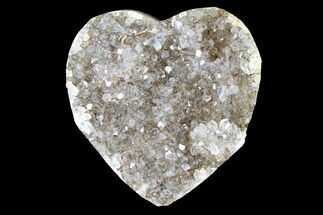 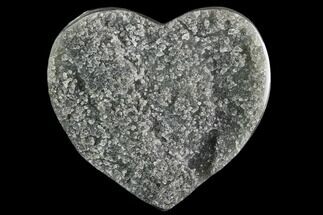 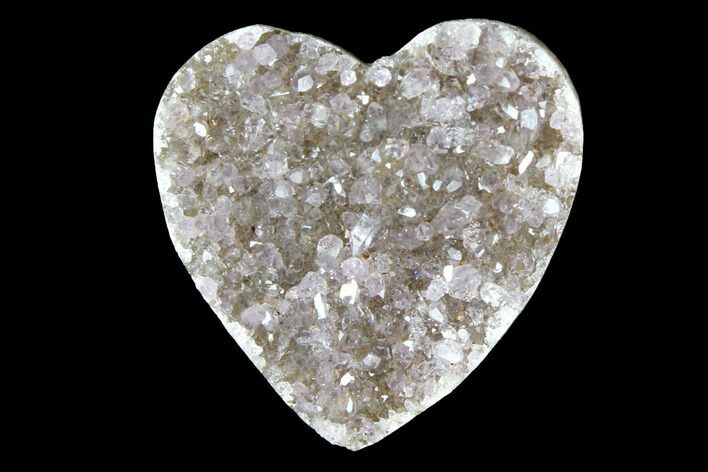 This is a small, .95" wide quartz heart from the amethyst mines near Artigas, Uruguay. It was mined from within a pocket in the basalt. The quartz is actually colorless and it is the dark matrix beneath that gives it the appearance of the crystals having color. It has been cut into the shape of a heart and would make an excellent gift and/or jewelry piece. 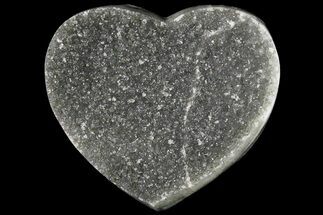 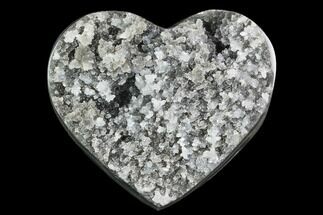 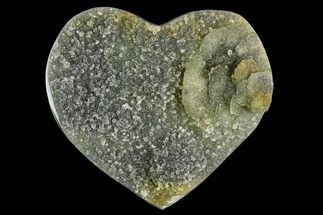 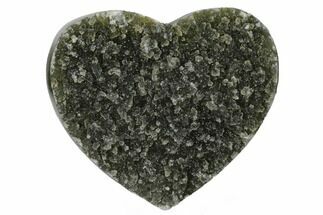