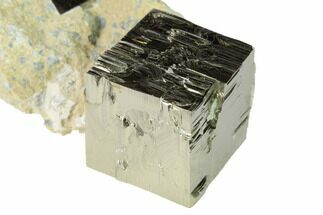 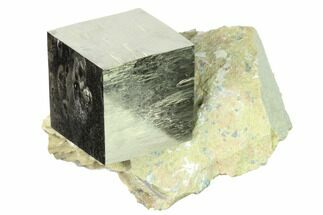 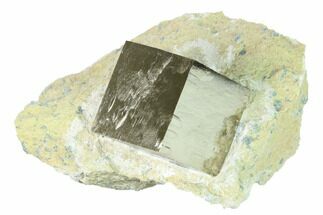 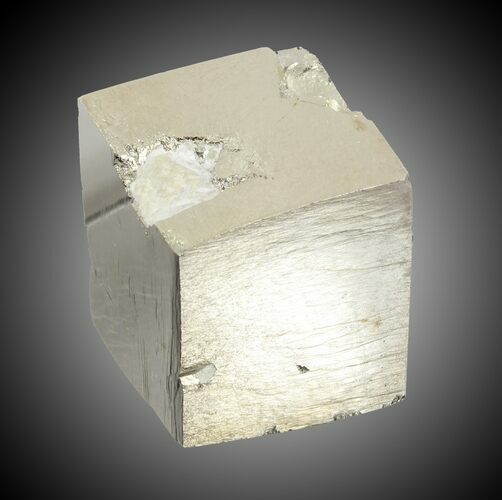 This is a beautiful, cube of pyrite in Matrix from the famous Victoria Mine near Navajun, Spain. It has a wonderful, golden metallic luster. It has few chips out of the sides where it was originally attached to another pyrite cube, hence the bargain price. 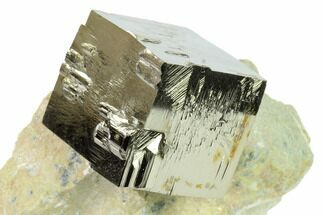 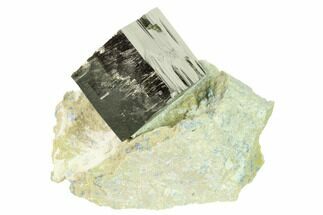 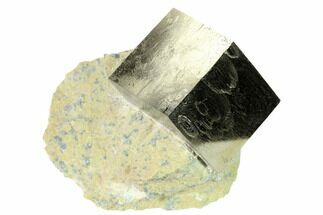 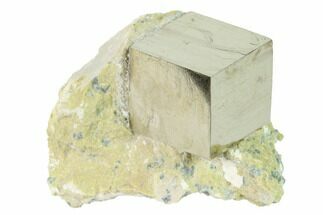 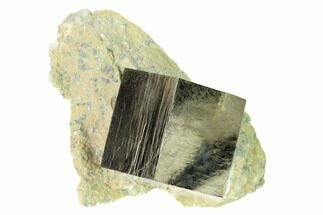 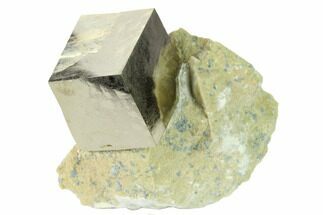 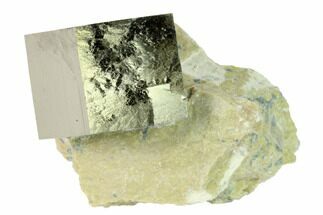 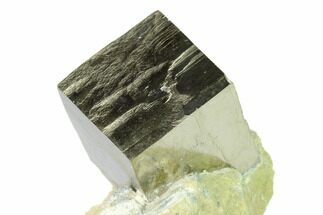 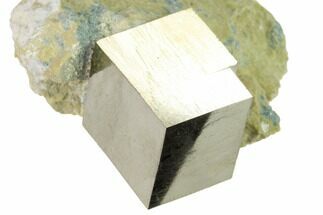