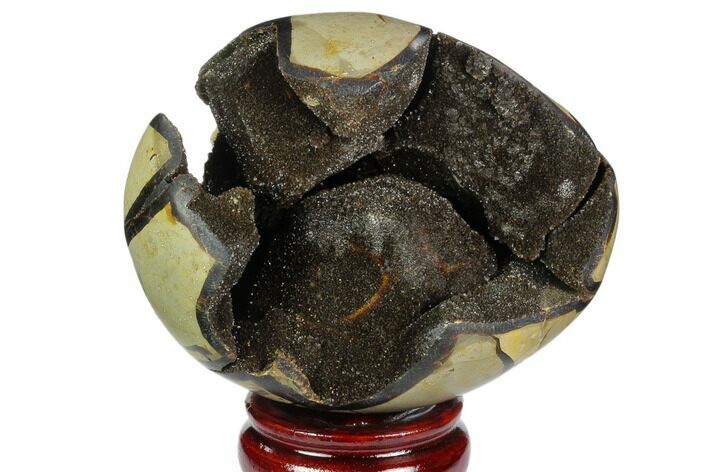 It is accompanied by a display stand, however it requires horizontal presentation since the base isn't rounded or flat. There is a repaired crack at the "bottom" of the egg, hence the reduced price.