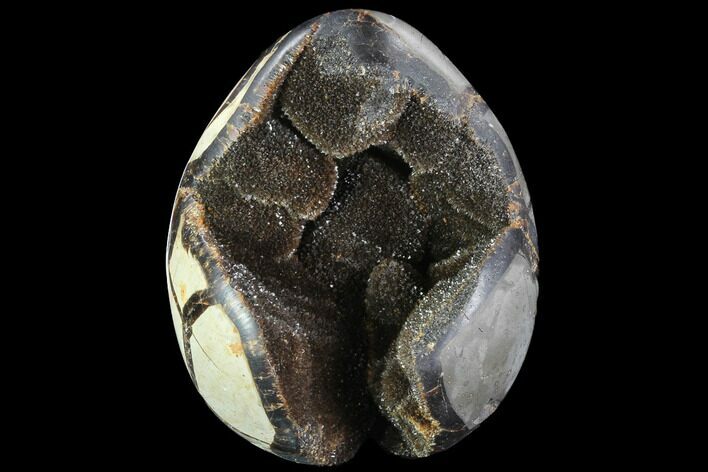 Because of the shape of this specific geode it won't stand up on any sphere/egg stands, so it doesn't include a stand. The price has been discounted because of this.