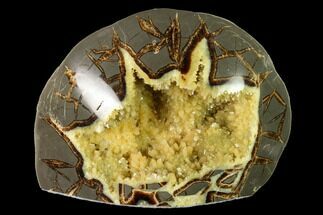 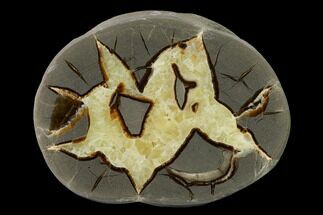 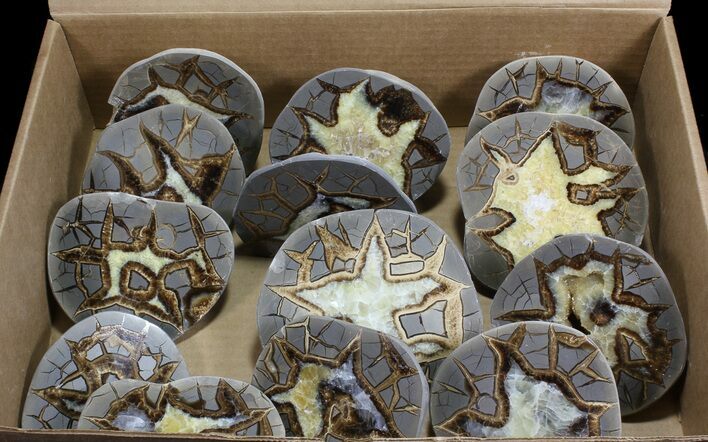 This is a flat of 13 cut and polished Septarian nodules from Utah. Unfortunately they all incurred some slight damage while being shipped to us from our supplier. Most of them have a single, small chip to the edge of them. They are still beautiful pieces, which we would typically retail for $25-35 each. Because of the damage we are selling them the lot at an average price of $5/each.

They show beautiful patterns with a nice polish and range from 4.1 to 5.2" wide. The base of each nodule has been cut flat so that they sit nicely on a flat surface. 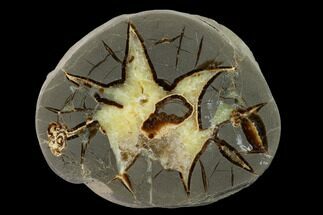 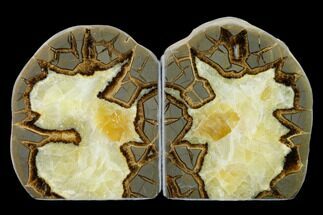 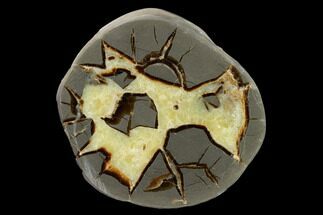 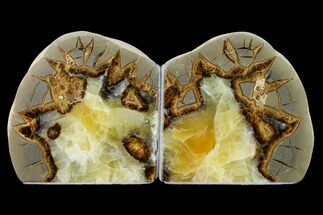 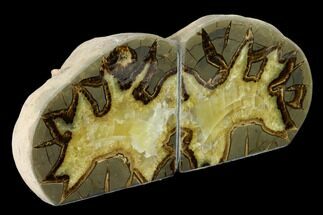 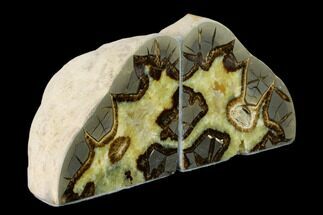 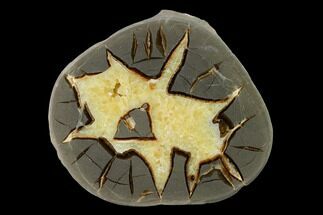 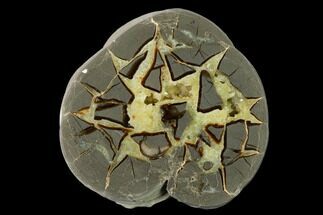 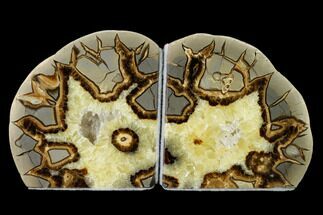 3.8" Calcite Filled Septarian Bookends - Utah
$79 $69
Our Black Friday Sale Has Begun!
Up To 30% Off Of All Items Sitewide
With Black Friday falling a week later on the calendar this year, we have decided to start our sale earlier. From now through Cyber Monday (Nov 30th) everything on our website is on sale. Be sure to check back often as hundreds to new listings will be added throughout the week.