FOSSILERA
MINERALS
FOSSILS FOR SALE
NEW
CRYSTALS
ABOUT
Minerals & Crystals
Larimar
Larimar refers to the striking, light-blue variety of the mineral, pectolite found only in the Dominican Republic. At this juncture, larimar is the only mineral that is actively mined in the Caribbean. It has recently become quite popular because of its color, rarity and ability to easily be crafted into jewelry. Additionally, many local legends suggest larimar is a sign of the carribean’s ties to the mythical, sunken continent of Atlantis. This lore adds to its appeal as a collector piece by casual myth enthusiasts and serious collectors alike.

This mineral has a triclinic crystal system and only appears in a massive form (doesn’t form individual crystals). The striking sea-blue color is caused by the presence of copper in the mineral. This is the result of copper replacement of calcium in the formation process.
Polished (29)
Pendants (10)
39 Items ($15 to $495) 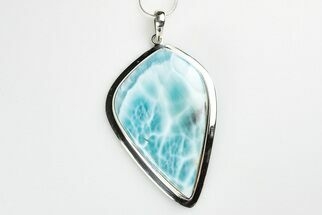 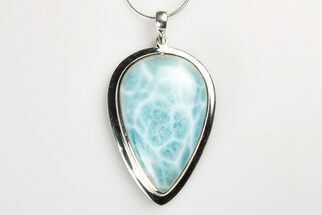 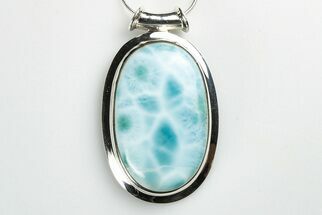 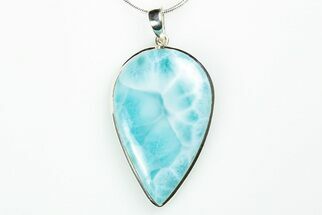 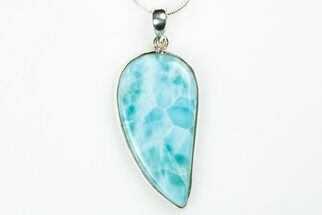 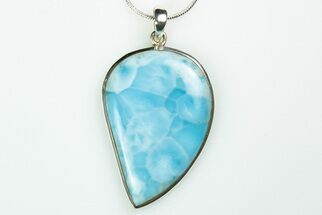 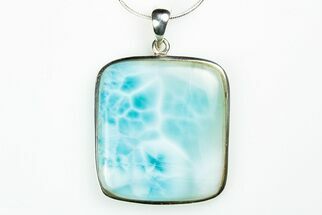 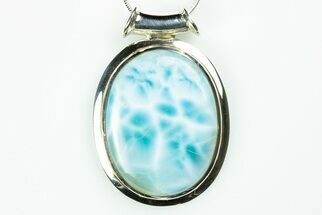 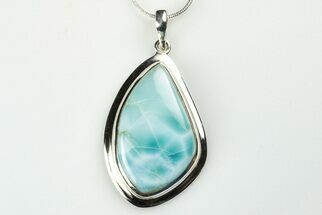 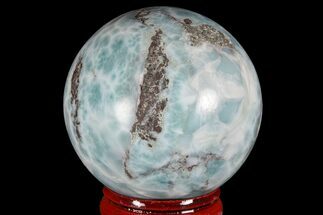 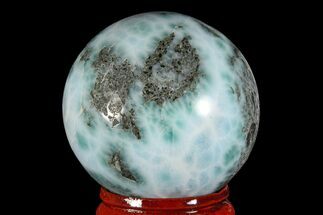 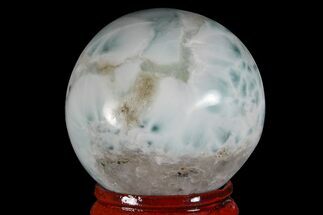 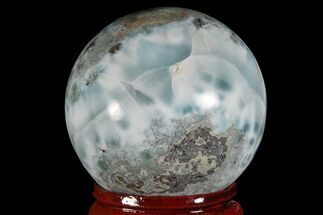 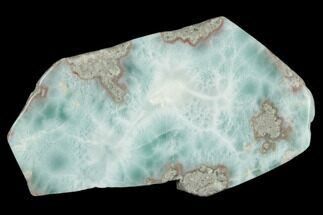 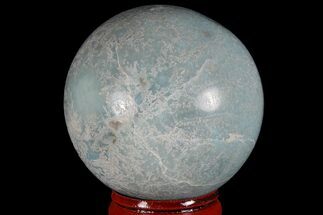 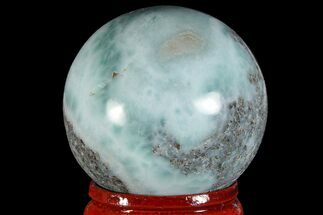 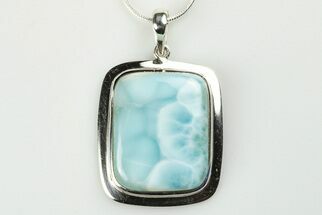 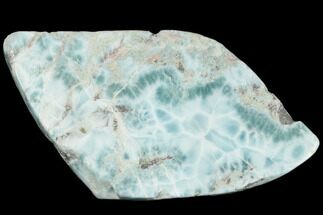 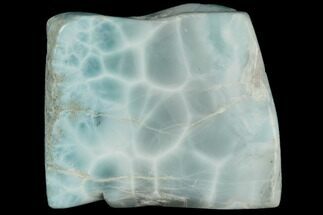 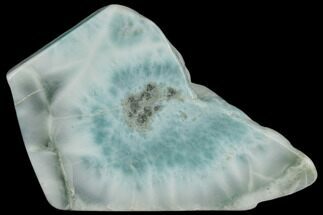 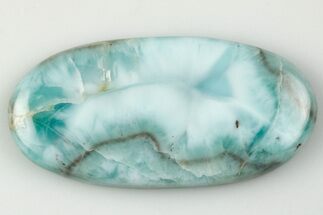 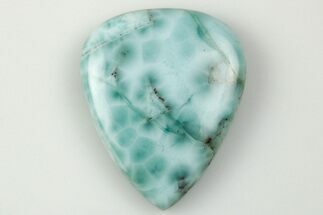 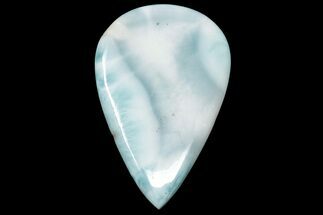 How Does Larimar Get Its Name?

Larimar received its name from one of the discoverers compounding his daughter's name, Larissa, and the spanish word for sea, Mar. The gem was “discovered” and named in 1974, making specimens harder to come by given their singular mining location and recent appearance on the market.

How Does Larimar Form?

Pectolite will primarily form in igneous environments, specifically in cavities and veins. Larimar is one of these igneous pectolite varieties. Due to the volcanic nature of the Dominican Republic, volcanic rock erupted within sedimentary hillsides on the islands. Vugs and veins bearing many igneous rocks altered the chemistry of its sedimentary material around it. Over time this rock eroded and chunks of larimar began a tumbling journey down to the shore.

Where Is Larimar Found?

Larimar is exclusively mined from the Los Chupaderos mine in the Dominican Republic. It is currently the only mineral actively mined anywhere in the Caribbean. In the past, the stones would wash up on shore. The most logical explanation for this behavior is that hillside larimar would break free of its formation, tumble into the river, wash out to sea, and the tide would push them onto shore with a slight polish. Today Larimar is mined in underground mines. 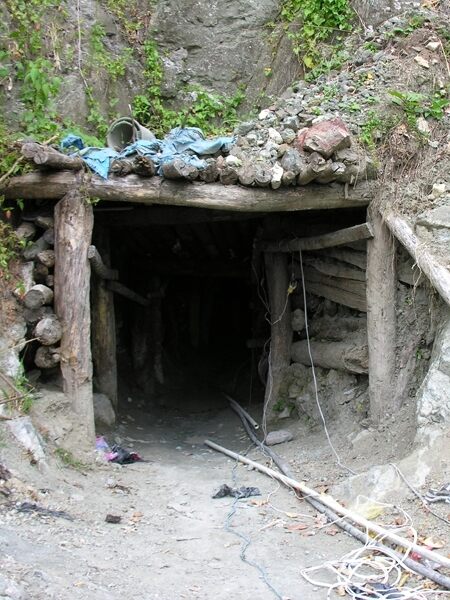 The entrance to one of the larimar mines. You can even take a mine tour. 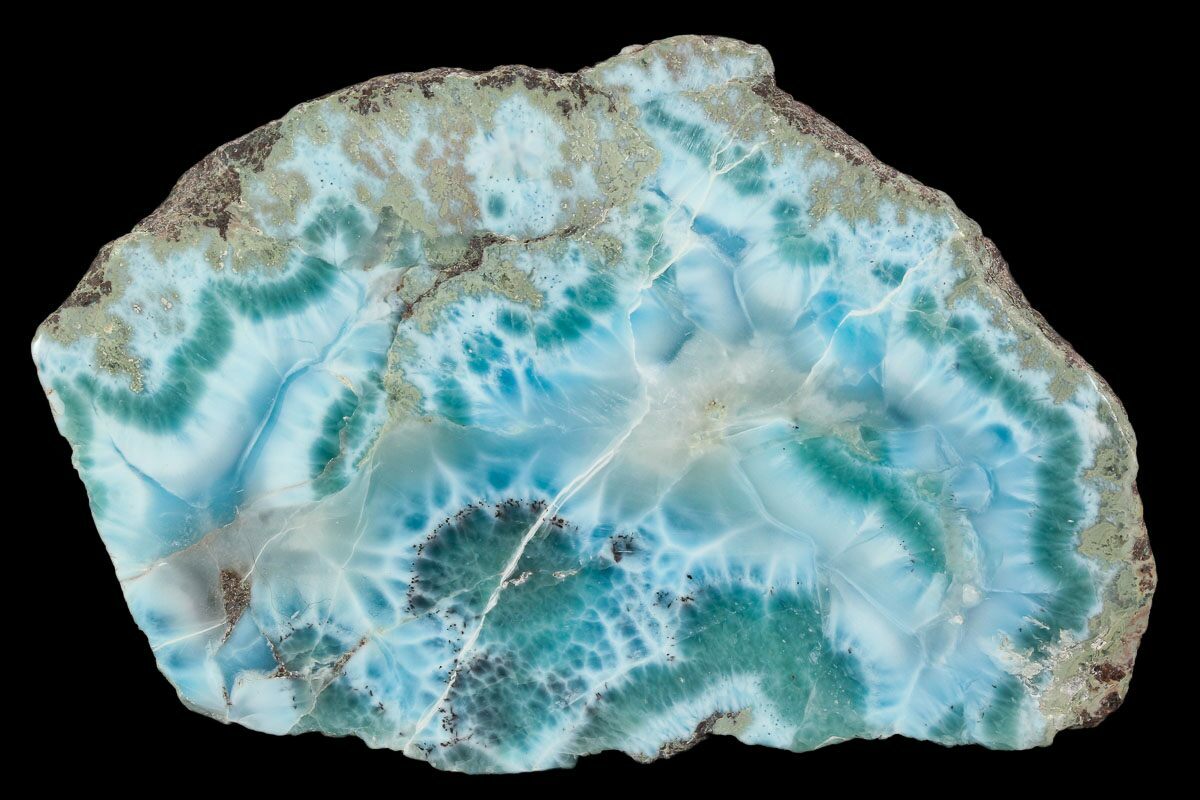 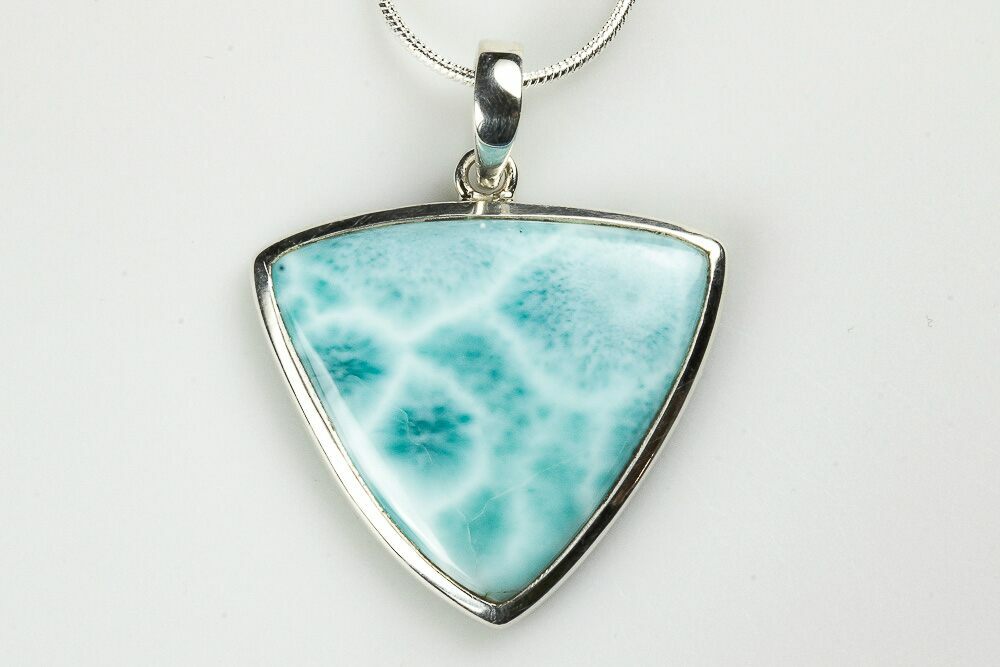